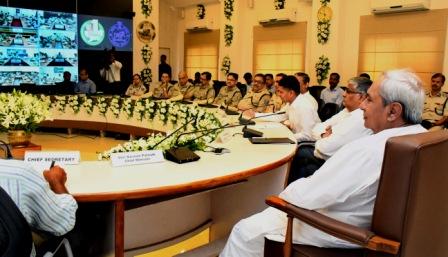 Bhubaneswar: With the Odisha government all set to implement the ‘Mo Sarkar’ scheme on Gandhi Jayanti on October 2, Chief Minister Naveen Patnaik on Saturday asked the officers of different police stations to sincerely deal with people’s complaints and warned them of action against dereliction of duty.

Interacting with the Inspectors-In-Charge (IICs) of 635 police stations through video conferencing at Lok Seva Bhawan (secretariat) here, the CM said that at present, the people going to police stations were not treated properly and there was no mechanism to get their feedback on how professionally their complaints are dealt with.

Stating that Mo Sarkar is an important transformative initiative of the 5-T (teamwork, transparency, time, technology and transformation) programme, he said there was huge scope for improvement in the present system.

“Under Mo Sarkar, the citizen will not chase us. Rather, we will follow up with the complainants as to how they were treated at police stations and how their complaints were dealt with,” the CM said.

He further said that from October 2, he will personally make 10 phone calls every day. Based on the feedback, there will be immediate appreciation for those doing good work and action against those who were not.

“All our officers and police stations exist for the citizens. We run our administration on tax payers’ money. We draw our salary from the citizens. It is our utmost duty to treat citizens with dignity, whenever they visit police stations, deal with their complaints in a professional, ethical and humane manner. This is the transformation we seek to achieve through Mo Sarkar,” the CM told the IICs.

Praising the exemplary service of Odisha Police in controlling Left wing extremism (LWE), deftly managing the Hockey World Cup event and handling a million-strong crowd during Rath Yatra every year, the CM expressed optimism that the state police will set new standards of policing through Mo Sarkar by keeping the citizens as their prime focus.