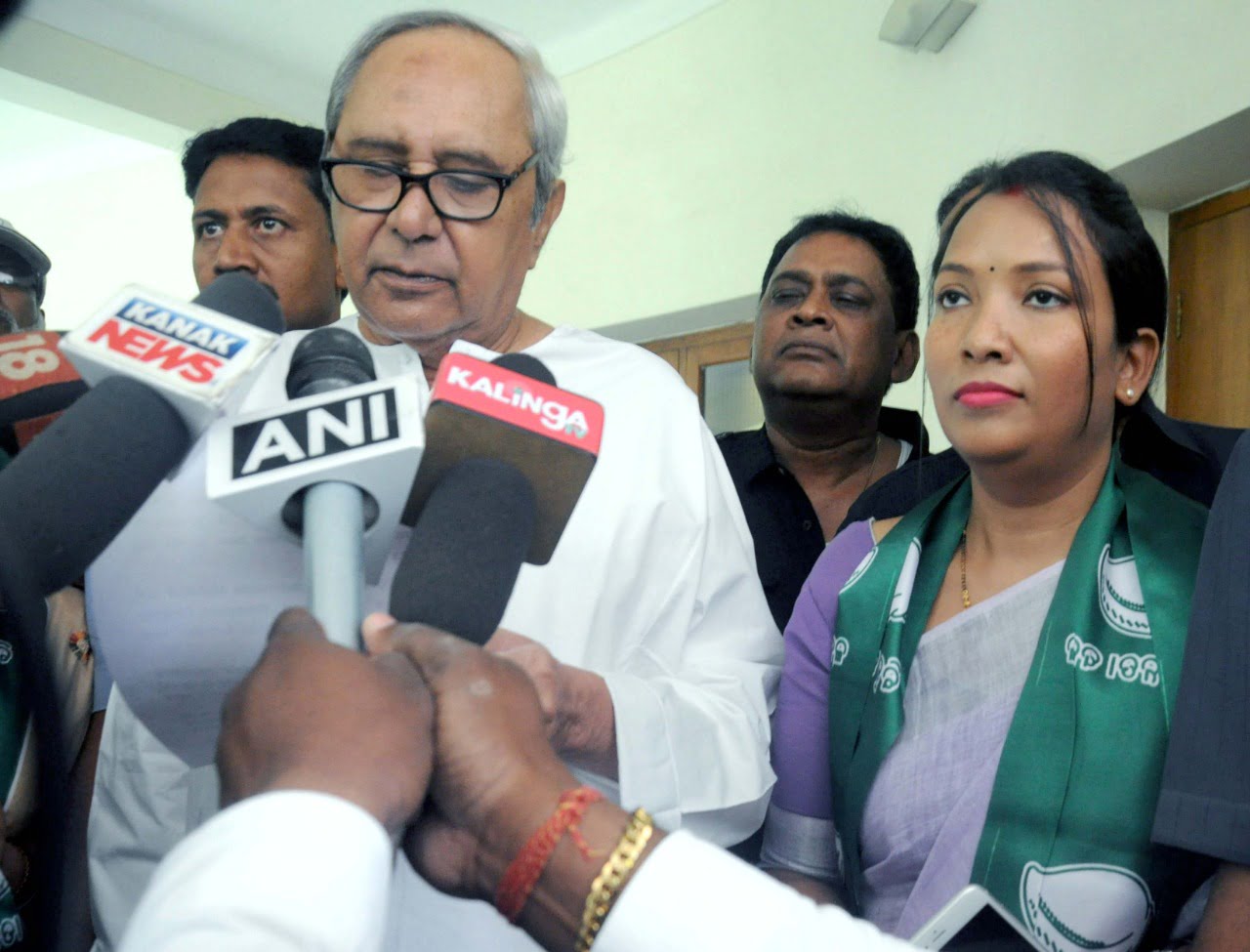 Bhubaneswar: Former Chief Minister Hemananda Biswal’s daughter Sunita Biswal on Saturday joined the ruling BJD, in another blow to the Congress ahead of the 2019 elections.

She joined the BJD with hundreds of her followers and in the presence of party president and Chief Minister Naveen Patnaik. “I welcome them to the party. I am sure they will strengthen the party further,” Naveen said.

Sunita, the former working president of the Sundargarh district Congress, said she joined the regional party after consulting her in-laws. “Since my father is in the Congress, I was not open to quitting the party,” she said.

The Congressman’s daughter said she was drawn to the BJD because of women’s empowerment schemes like Mission Shakti. “The party’s commitment to 33 per cent reservation in Parliament is also commendable. KALIA scheme for development of farmers is equally impressive,” she said.

Denying any purpose behind her joining the party, she said she will accept whatever decision the party chief takes regarding tickets to contest polls.

Sources in Sundargarh district Congress, however, said Sunita was keen to contest from Sundargarh Lok Sabha constituency. After Biramitrapur MLA George Tirkey joined the Congress, the party leadership almost finalized his candidature for the constituency and offered an Assembly seat to Sunita. Dissatisfied with the decision of the party, she decided to join the BJD.

Asked about the joining of his daughter in the BJD, Hemananda said she has every right to take her own decisions.

Notably, Hemananda’s two brothers Khirasagar and Bihari had left the Congress and joined the BJD during the last Panchayat elections in the state.

Mahanadi Tribunal Asks Odisha, Chhattisgarh To Hold Another Round Of Meetings