Bhubaneswar: Legendary actress-director-producer Parbati Ghose aka Chapala Nayak breathed her last at a private hospital here late on Sunday. She was 85.

Parbati made her debut with ‘Sree Jagannath’ released in 1950 and her career peaked thereon. ‘Ama Gaon Jhia’, ‘Bhai Bhai’, ‘Maa’ are some of her memorable films.  Her powerful performances in ‘Laxmi’ (1962), ‘Ka’ (1965), ‘Stree’(1968), won her national awards. She formed a famed romantic pair with her husband Gour Ghose, who predeceased her. 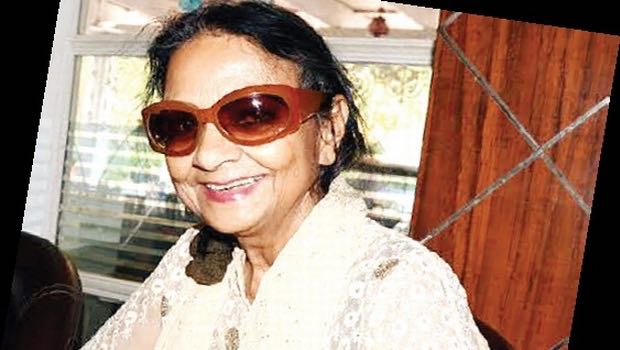 “I am deeply shocked at the passing away of veteran film personality Parbati Ghosh. She was an icon and one of the greatest gifts to Odia cinema industry. She was an actor, director and producer at the same time. In the early days of Odia cinema, she single-handedly uplifted Odia cinema to a new level. She was really a symbol of women empowerment when ideas like empowerment was unheard of. Her departure is a great loss to our industry and the world of silver screen. She will always be remembered for her contribution to Odia cinema. May her soul rest in peace,” Chief Minister Naveen Patnaik said in a statement. The CM announced that Parbati will be given a State funeral. Naveen also visited KIMS Hospital here and paid his last respects.

Parbati’s first directorial debut, ‘Chaa Mana Atha Guntha’, based on Fakirmohan Senapati’s famous novel, received critical acclaim. She is considered a pioneer among women film directors in India. Her films deeply executed the status of woman and the then socio-cultural scenario. Her expressive eyes, typical ‘Odiani’ (Odia woman) look and submissive body language made her one of the finest actress of her time.

A pall of gloom descended on the film fraternity following her demise.