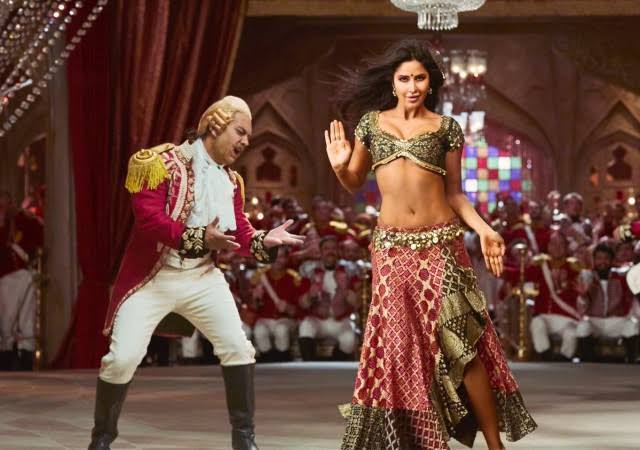 The Odia word thaka , meaning a crooked and deceitful person comes from the word “Thugee” or Thug. The Thugee cult were a notorious band of criminals residing in the jungles of Central India who were brought to fame by Phillip Meadows Taylor’s 1839 bestseller ‘Confessions of a Thug’. The book was extremely famous in Britain and even made a fan out of Queen Victoria. When the source material is so rich in history and culture, you would expect artists to dig deep and give an honest portrayal of a significant part of 19th century India even if flirting with the idea of creative liberty to suit contemporary needs.

I don’t mind the plethora of historical inaccuracies in the movie. I can convince part of my brain that Englishmen in 1795 did use to entertain themselves by watching ethnic dancing girls and marauders living in the jungles of Central India somehow were expert seafarers and pirates. What we should mind is not respecting the spirit of the subject matter and using history as an excuse to produce another run-of-the-mill Bollywood musical with all the similar tropes and faults. Lagaan was completely fictional but it was well made because it kept the characters grounded and stayed true to the essence of an Indian village in British India.

Each character and each scene in Thugs of Hindostan is a cardboard cutout of every over-the-top Bollywood movie you have seen. There is really nothing positive to say. It is pointless to talk about things like acting, cinematography, soundtrack when every single aspect associated with the film is a flagrant display of the depths of human creativity. It almost feels like everyone working for the film deliberately sabotaged it. The songs are forgettable. No seriously, I watched the movie yesterday and I genuinely don’t remember their tunes. All the characters are poorly written but the male gaze reflected in the film towards the female characters is so embarrassing to watch. Bollywood directors must hire female Assistant Directors (ADs) to help them see the female characters from a female perspective and not simple as eye candies or damsels in distress.

The only time I smiled was during a scene where two Englishmen are talking to each other in British accented Hindi. Bollywood is really good at this kind of unintentional hilarity and I would advice them to tap into this niche segment, instead of wasting time in making historical movies. Thugs of Hindostan is Pirates of the Caribbean in Hindi with the vision of a Bhojpuri movie director.