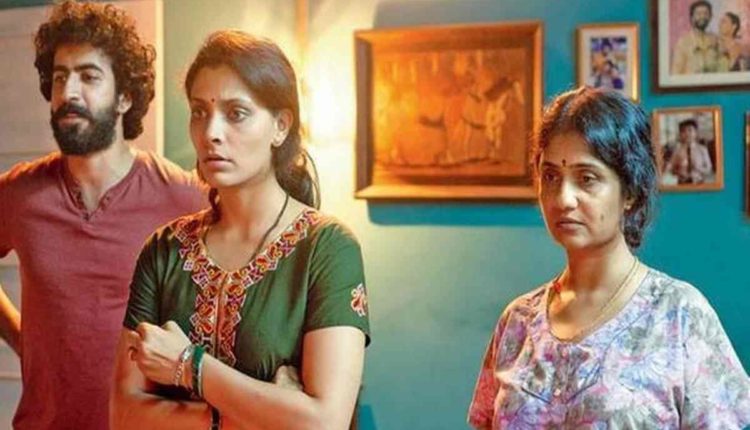 In Odia there is a term to describe half-cooked food – ଦରସିଝା. ଦରସିଝା describes emotions of something that had the potential to be great but is underdeveloped thanks to hastiness and in this case clumsiness. Anurag Kashyap’s latest Netflix film Choked: Paisa Bolta Hai conjures up all the right spices and ingredients but is cooked too slowly and taken off the heat too early. The movie stars Saiyami Kher and Roshan Matthew in lead roles. Kashyap has been quite politically opinionated for the past few years and it seems like his anger has simmered long enough to make a film about it. This is totally fine as creativity often pours out from depressing environments. So you have some making satire and others making serious drama. I think Kashyap went for both and did neither genre a faithful service.

The film is set during the immediate month before the demonetisation announcement and how one wife and her deadbeat husband have to deal with its consequences as she suddenly finds stacks of rolled up crisp notes from the drain pipe of her kitchen sink. The cash seems to come from the house above theirs, occupied by a corrupt MLA’s PA who has hidden the money in his bathroom’s drain pipe. The metaphor of a family with financial troubles receiving dirty money literally from filth is nicely done but that is just about as clever as it gets. The rest of the movie just meanders as the wife, who is also a bank cashier, tries to improve their lot and gets involved in some scam with a money launderer that is never fully explained.

The supporting cast is strong enough (Rajshri Deshpande from Sacred Games and Amruta Subhash from Killa) but again underutilised or made to act like caricatures. I guess there was not much to do for them plot wise. The relationship between the husband and wife is the focus of the film where the wife is the bread-winner of the family. Anurag Kashyap writes really interesting characters but here only Saiyami Kher’s role seems to be taking the bulk of Kashyap’s imagination. The drums and snares soundtrack is reminiscent of Birdman and works really well with the scenes.

The premise has a lot of potential that went untapped. It could have probably worked as a TV series to explore and build the characters more solidly. The ending is tame and flaccid. Anurag Kashyap movies generally have an element of shock and surprise that was sorely missing here.

Doctors, Nurses In Home Quarantine After Exposure To COVID-19 Patient In Odisha