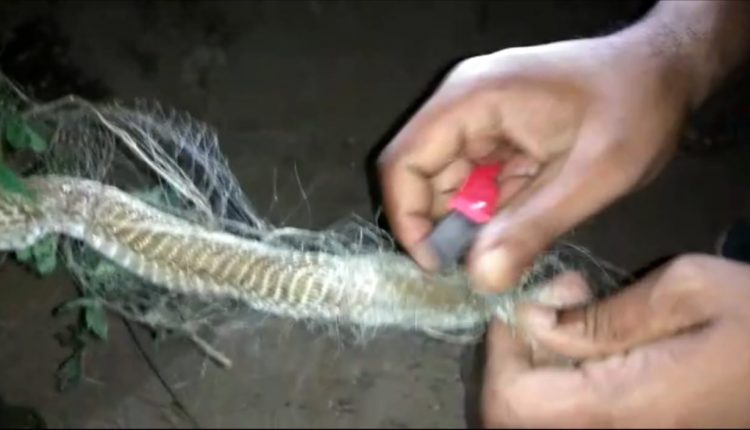 Cuttack: A five-foot-long Cobra, which had got entangled in a fishing net kept in a garden, was rescued at Betakholi village in Athagarh under Cuttack district.

The snake was spotted by Prasanta Nayak, in whose fishing net it was trapped. Nayak got scared when he saw the Cobra and called the snake helpline.

A three-member team led by Asit Pradhan from the snake helpline office in Athagarh reached the spot and rescued the snake. The other members of the rescue team were Amit Sahu and Lalit Mohan Panda.

The snake was later released into the nearby jungles.