Missing Jumbo Fished Out Of Mahanadi At Cuttack’s Jagatpur 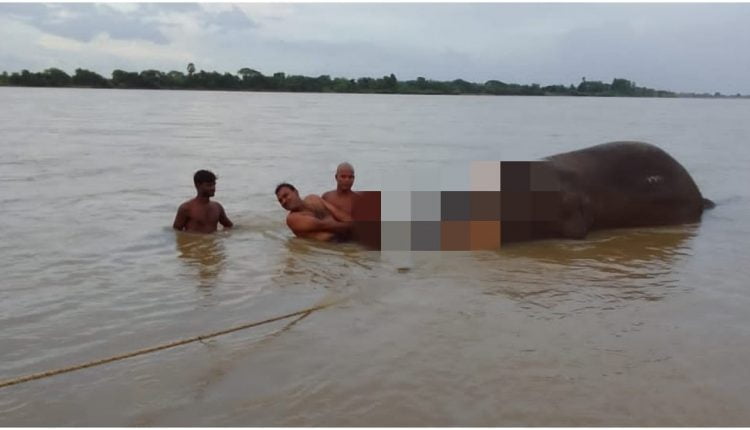 Cuttack: A carcass of an elephant, believed to have been missing since Friday night, was found at Satabatia in Jagatpur by Forest personnel on Sunday evening. Its autopsy would be conducted on Monday morning, it was learnt.

The elephant earlier got stuck at a sluice gate (Gate 24) of Mahanadi barrage at Jobra and when the gate was opened by Irrigation department personnel, the carcass was swept away to Satabatia in Jagatpur where the forest department officials are reported to have fished it out.

Forest department officials, however, could not categorically say whether it was the same elephant which went missing Friday for which the officials had launched ‘Mission Gaja Uddhar’.

On being contacted, Principal Chief Conservator of Forests Sashi Pal expressed the fear that none can say with certainty whether it is the same elephant that the forest personnel were looking for since Friday as part of the Mission Gaja Uddhar.

The death of the missing elephant was confirmed Sunday morning after the officials of Forest and Water Resources department reached Jobra barrage and decided to open the sluice gate to retrieve the carcass. Later the elephant body was swept away before it was traced at Satabatia.

The forest officials have recovered the body and indicated that autopsy would be performed on Monday.