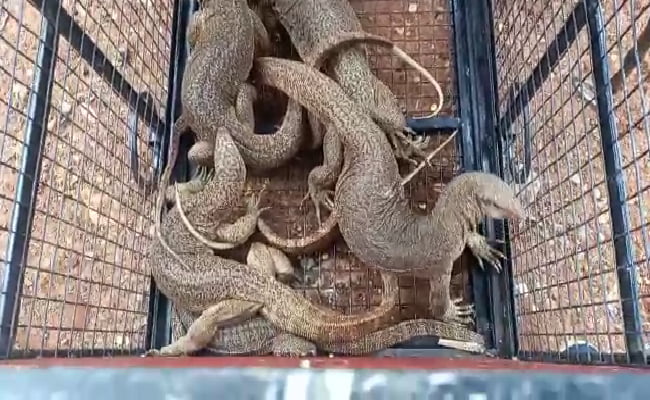 Bhubaneswar: Two persons were arrested and forwarded to court for selling meat of monitor lizard in Jharpada area of the capital city.

The arrested are G Krishna and G Raghav Pradhan of Tarini slum area and Mancheswar respectively.

On a tip-off, the forest officials along with police reach the spot and found flesh of monitor lizards packed in two bags in a house at Jagannath Nagar in Jaharpada area. Besides arresting the two, police also rescued eight monitor lizards from their possession.

The two were taken to Laxmisagar police station and handed over to forest officials. Krishna and Raghav were selling the meat at Rs 200 per kg in the area.

The joint team of Commissionerate Police and Forest department on Monday rescued five monitor lizards from a slum near Jharpada-Rasulgarh canal.

No Loss Of Life In Odisha’s Similipal Forest Fire:…