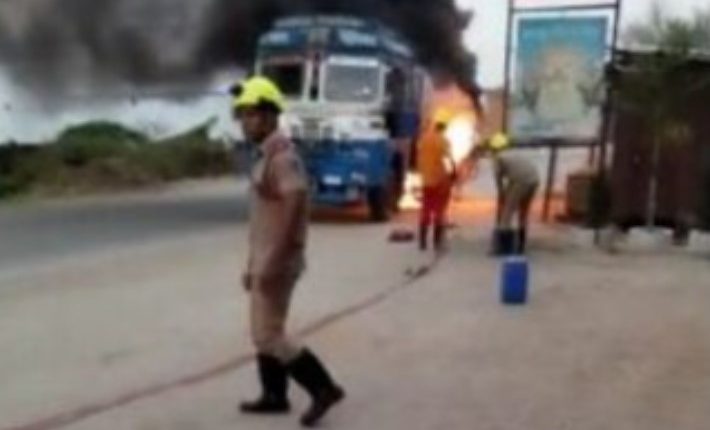 Balangir: The driver and helper of a tanker had a narrow escape as their petrol loaded tanker caught fire on National Highway 57 in the district on Sunday morning.

According to sources, while the tanker was going from Paradip to Kesinga for delivery of petrol, the driver saw smoke coming out from the rear side of the vehicle near Sudapada. As he continued driving, heavy plumes of smoke turned into fire.

The driver immediately stopped the tanker and jumped out of the vehicle along with his helper. He called Fire Brigade to douse the fire.

As panic gripped among the locals in apprehension of the explosion of the petrol loaded tanker, the Fire personnel reached the spot.

It took nearly one hour for the Fire personnel to extinguish the fire. Nobody was injured in the incident.

Though the Fire personnel did not confirm exact cause of the fire, they suspected that short circuit in electrical wires might have ignited it.