Bhikari Bal: Let’s Celebrate The Rich Legacy Of This Jagannath Devotee With These Songs 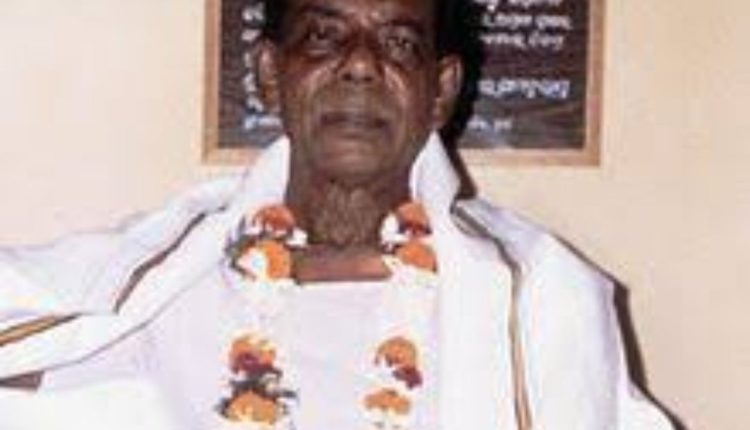 Bhikari Bal, popularly known as Bhajan Samrat to Odias, was a singer known far and wide for his devotional songs. He was a great devotee of Lord Jagannath which reflected in his singing. His dedication to the form of Bhajans in Odia made him a household name.

Bhikari Bal, popularised many folk songs, Champu, Chhanda and old devotional poems. His moving rendition of Bhajans written by old poets like Gopalkrushna, Dinakrushna, Baladev, Banamali and Salabega are still popular today. His Jagannath bhajans and Gita Govinda recital made him very popular in every nook and corner of Odisha. He was awarded the title of Bhajan Samrat by the Puri Gajapati and was given special privileges inside the temple for his devotional tribute to Lord Jagannath.

Bhikari Bal was born in Sobala in Kendrapara on May 22, 1925. After primary school education, he enrolled in Kadalibana High School in Kendrapara district and studied up to Class IX.

After that, he joined the Jatra party of Sobala and there he learned to sing, act and play the harmonium and later he joined a local school as a music teacher. He got married at the age of 20 and moved to Cuttack for better opportunities. He found the job of an Odissi vocalist at Kalabikash Kendra in Cuttack.

Bhikari Bal shot to fame with the bhajan “Kotha Bhoga Khiya” which went on to become the most popular song of the 70s. Many other popular bhajans followed.

The noted singer was also a dedicated music teacher, known as a hard task master among his pupils, many of whom give credit to him even today for making them pursue music with passion and dedication.

The singer was bed-ridden for about a year and passed away on November 2 2005.

Here are some tweets celebrating his rich legacy:

‘Kotha Bhogha Khia…’ by Bhikari Bal from his Album ..’Bhakti Pushpanjali’ ..in 1979.. the first solo devotional Album .. for any artiste .. till then … made him a household name… pic.twitter.com/5JWBYadD4w

‘Jagabandhu Pari Jane Samanta…’ sung by Bhikari Bal.. from the Album released on the occasion of 1977 Nabakalebara….. pic.twitter.com/LzQLVMa5Ih