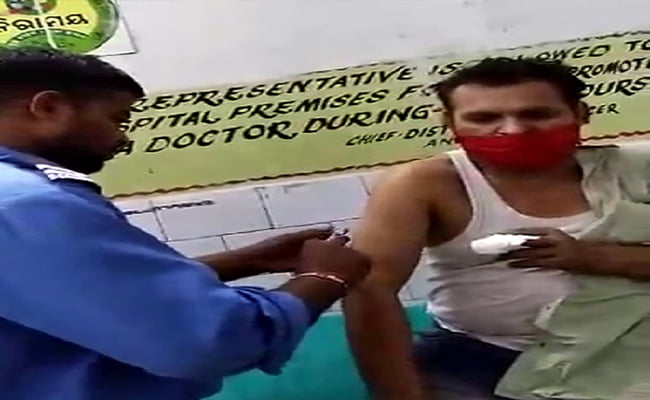 Angul:  A video of a security guard administering an injection to a patient at the district headquarters hospital (DHH) in Angul has gone viral on social media.

According to sources, the patient had come to the hospital late on Tuesday and the security guard gave an injection to him. Someone had, however, recorded the irregular act and later posted the video online.

Locals have questioned how a security guard could administer injection to patients while doctors and parameds were present at the hospital.

Meanwhile, ADMO Manas Ranjan Biswal said action will be taken after a probe.

Utkal University Improves Its NIRF Ranking; No Colleges Of Odisha In Top 150

When It Rains, Abstain From Non-Veg Food; Know Why