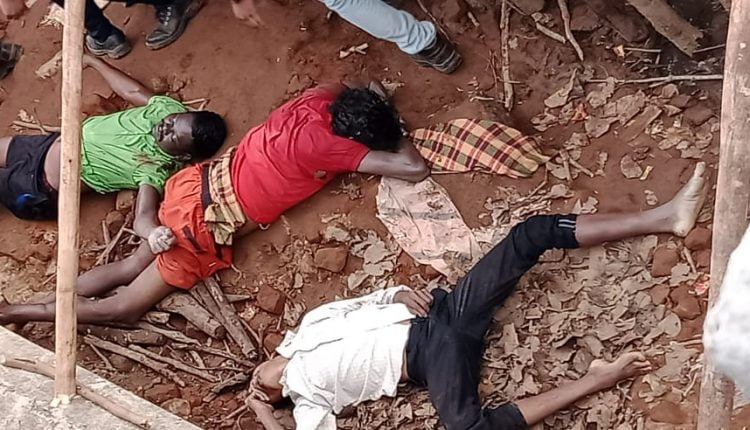 Rayagada: Three persons died of asphyxiation while constructing toilet tank in an under construction building Panchali village of Shankarda panchayat under Kashipur block.

Their bodies were recovered from the tank four hours later.

Kashipur and Rayagada firefighters were called and the bodies were recovered about four hours later.

Each family of the deceased will be provided Rs 2 lakh and Rs 10,000 from Red Cross fund and another Rs 2,000 under the Harishchandra Scheme for cremation.