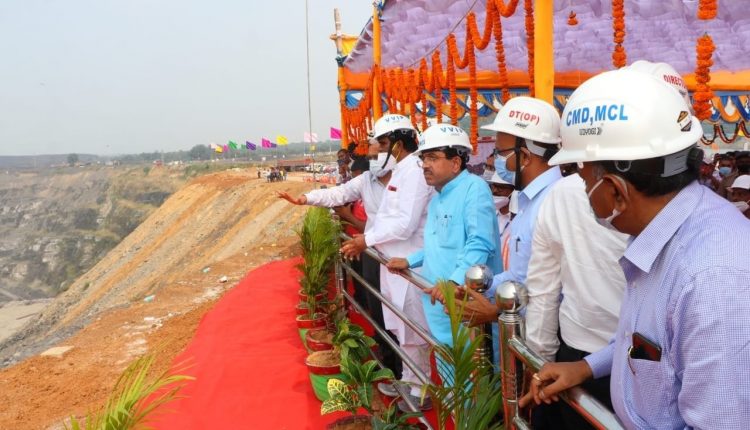 Bhubaneswar: Union Minister of Coal and Mines Pralhad Joshi on Thursday appreciated the work of all women crew engaged in mine blasting work at the 8 MT annual capacity Balram opencast project mine in Hingula area of Mahanadi Coalfields Limited.

During a visit to the mine on Thursday, he interacted with officials and motivated the on-ground workers for increasing coal production and dispatch.

The Union Minister also visited the railway siding in Hingula area, where he emphasised on reducing wagon turn-around time. He held discussion with railway officials regarding maximising coal dispatch.

He felicitated payloader operators at railway siding in and appreciated their hard work while encouraging them to increase coal loading. 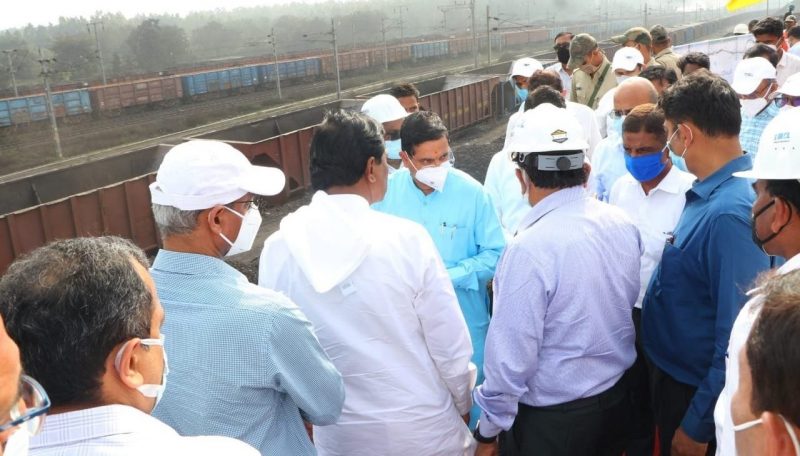 At Balram OCP, he laid the foundation stone of Shramik Gaurav Jal Udyan. The facility has been constructed beside a lake which is built over reclaimed land of a coal mine. This site has potential to be developed as a major tourist spot, the Union Minister added.

He was accompanied by Minister of State for Railways, Coal & Mines Raosaheb Patil Danve. The visit comes amid an acute shortage of coal in power plants of the country.