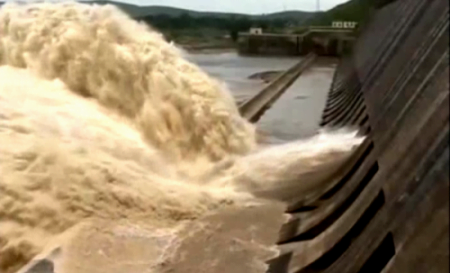 Sambalpur: The Hirakud Dam witnessed a rise in the water level for the third consecutive day. It touched 613.52 feet against the optimum height of 630 feet on Sunday following continuous inflow of water.

Keeping the rising level of water in mind, the dam authorities have decide to open the sluice gates on August 14 to release the season’s first floodwater.

People living along the Mahanadi banks have been warned against venturing into the river from the morning on August 14 as the water level will suddenly rise due to the release of floodwater, Hirakud dam chief engineer Sunil Kumar Nayak had told the media on Saturday.