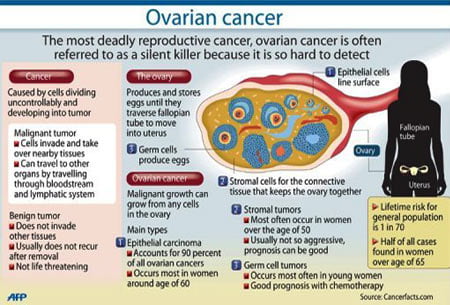 Bhubaneswar: A 10-kg ovarian tumour was removed from a lady following a surgery at a private hospital here, said a release on Tuesday.

The patient was complaining of loss of weight, weakness, abnormal fullness after eating, with an increased urge to urinate. Doctor detected a huge tumour and decided to do the surgery. If left untreated, the tumor could have spread to other parts of the body.

It was a difficult and critical surgery because the mass was densely adherent to intestine and ureters. The meticulous dissection, surgical precision and skill helped in finishing the surgery and the patient is doing fine now.

3 arrested for harassing woman during hartal in state capital

Heavy rain to lash Odisha in next 24 hours