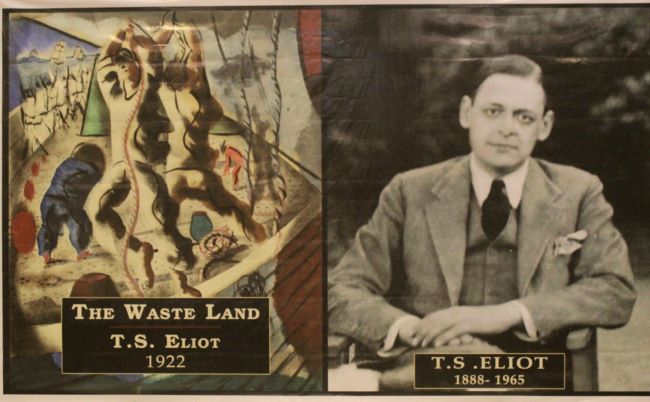 Bhubaneswar: T S Eliot’s modernist classic ‘The Waste Land’, first published in 1922, turned 100 this month. To mark the occasion, ‘A Tryst with The Waste Land’ was organized at a hotel here on Sunday.

The event, curated and hosted by literature enthusiast Pradosh Mohanty, was attended by luminaries from various fields — litterateurs, teachers and students — from across Odisha, who paid tribute to an iconic poem of the 20th century and its creator.

Eliot’s poem is a rendering in free verse of the sense of disenchantment and futility of modern urban and industrialised life in the war-ravaged Western world. It communicates the ‘wasteland experience’ of spiritual dryness and sterility, using apocalyptic imagery, and searches through history and ancient myths for a principle of regeneration, denied the modern man.

The personal crisis of the poet, resulting from his experience of isolation and exile, is written into the general malaise the poem traces, making it truly universal. The poem was instrumental in modernising literature in all major Indian languages. Eliot’s enthusiastic embrace of Upanishadic thought and his ending the poem with the incantatory utterance of ‘Shantih’ endeared him to the Indian mind.

The entire 433-line poem was read with its recreations in Odia, interspersed with brief speeches. 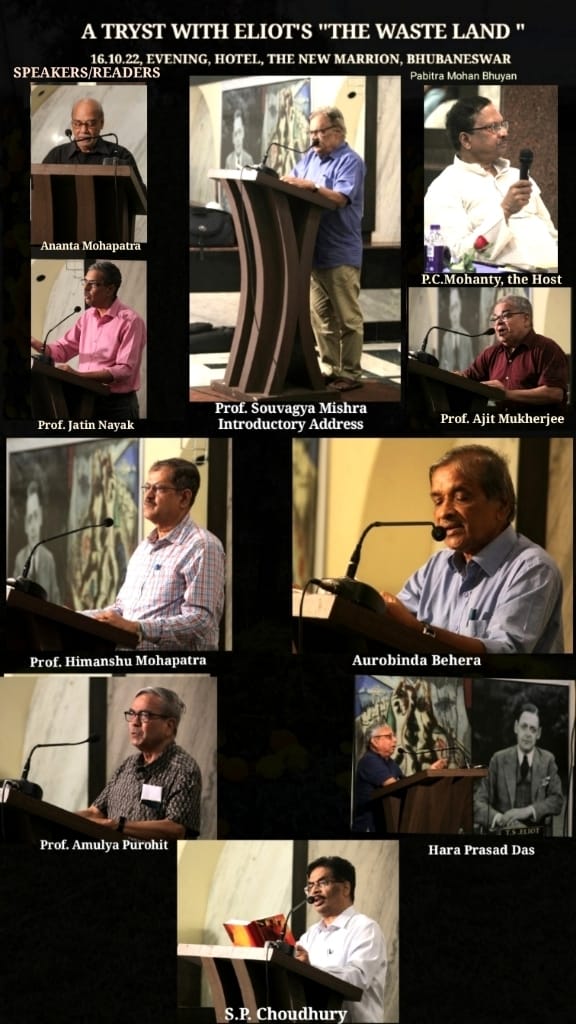 The readings in Odia were drawn from Gyanindra Burma’s first Odia translation of the poem, ‘Podabhuin’ (read by Himansu Mohapatra), Guruprasad Mohanty’s ‘Kalapurusha’ (presented in its English rendering by Aurobindo Behera) and Shyama Prasad Choudhury’s ‘Abashista Ayusha Ama Samastankara’ (also read by him).

Renowned poet Hara Prasad Das dwelt on how his own career as a modern poet was shaped by Eliot’s poem.

Prof Ajit Mukherjee and Prof Amulya Kumar Purohit approached the poem from their perspective as teachers.