13-Year-Old Gets ‘Vaccinated’ Message In Madhya Pradesh; Know How 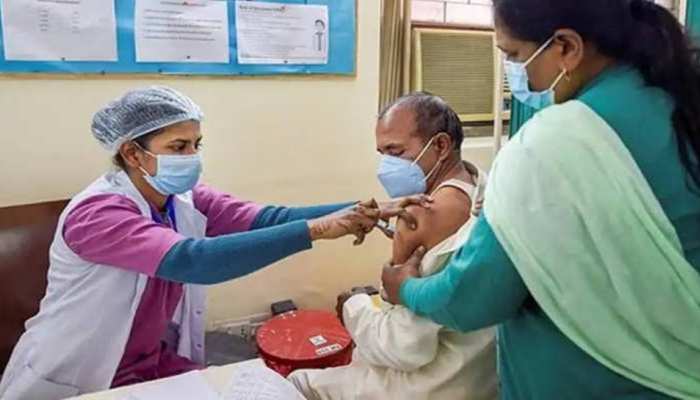 Bhopal: A national record was set by Madhya Pradesh on June 21 when it administered 17.42 Lakh COVID-19 vaccines. However, a large number of “beneficiaries” in the state are alleging that they received vaccination certificates without even taking a single jab.

The allegations flew thick and fast with more coming forward to say that they got vaccination certificates without being vaccinated. It took Rajat Dangre by surprise when he saw a message on his phone last Monday evening that his son, 13, with disabilities has received his COVID-19 vaccine. The fact that the country is still not vaccinating those below 18 years of age surprised Dangre.

“On 21st (June), at 7.27 pm, I received a message saying Vedant is vaccinated. He is just 13 years old. I tried to raise a complaint but it was of no use. When I downloaded the certificate using the link, I was shocked to find out they have used his documents which I submitted a few days back to the Municipal corporation for his pension (as a person with special needs),” Dangre was quoted as saying by NDTV.

On the very same day, Satna’s Chainendra Pandey got three messages in a span of five minutes. According to the messages, three people he did not know — Katikram, Kalindri and Chandan — had been vaccinated.

“Three messages within five minutes. Just the name is different. I have not got any vaccine to date,” the 52-year-old Pandey said.

Forty-six-year-old Nuzhat Salim from PGBT College Road in Bhopal got a similar message on her phone on June 21. Salim is not a pensioner, but her pension documents are registered as proof of identity.

“I got a message on 21st night at 10:57 that ‘you have got the vaccine’ while I am not vaccinated yet, I am worried about how I will get the vaccine now,” she told the portal.

ALSO READ: Good News: Zydus Cadila’s Vaccine For Children Above 12 May Be Out In August

No Queue For Pregnant Women At COVID Vaccination Centres In…

COVID Jabs For Pregnant Women In Odisha After Training Of…