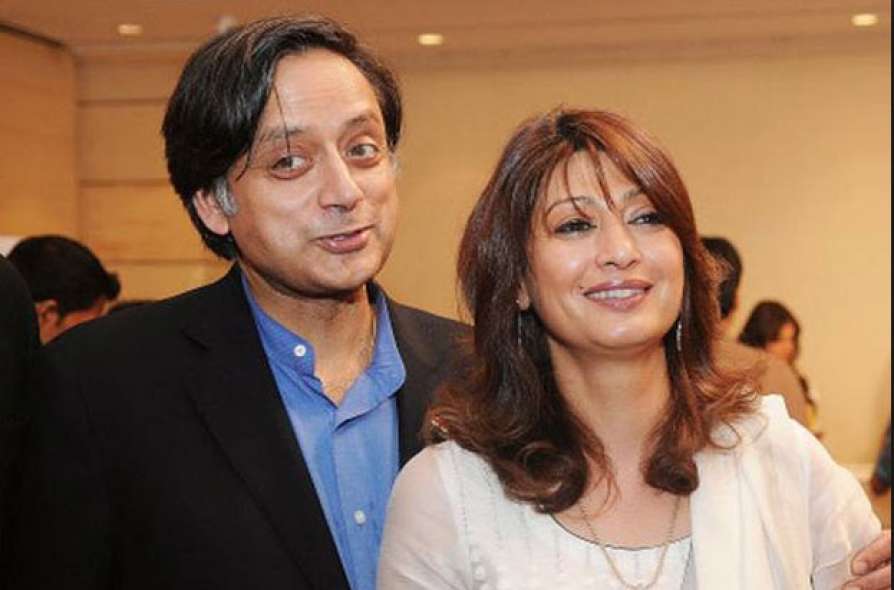 New Delhi: Sunanda Pushkar, who was allegedly driven to commit suicide, was suffering from mental agony due to strained relationship with her husband and Congress leader Shashi Tharoor, Delhi Police told a court.

The police accused Tharoor of torturing his wife which abetted her to commit suicide, NDTV reported.

The former Union minister, who is currently on bail in the case, was charged by Delhi Police under Sections 498-A (domestic cruelty towards a married woman) and 306 (abetment of suicide) of the Indian Penal Code (IPC).

The probe agency told special judge Ajay Kumar Kuhar on Tuesday that according to the post mortem, the cause of Sunanda’s death was poisoning and 15 injury marks were found on various parts of her body—forearm, arms, leg, etc., the report added.

Special Public Prosecutor Atul Shrivastava told the court that the Sunanda was upset and suffering from mental agony due to the scuffle between the duo.

The submission was made while hearing arguments on framing of charges against Tharoor in the case related to his wife’s death.

The prosecutor also apprised the court about Sunanda’s friend and journalist Nalini Singh’s statement, which is part of the charge sheet, that the relation between the couple was tense and bad.

“I got a call from Sunanda who was crying and sobbing. I told her Mehr Tarar was nothing and she was everything. She wanted to take revenge from Tharoor and Tarar. There was a lot of bad publicity in media. She told she helped Tharoor a lot in IPL matter. She had found some messages between Tarar and Tharoor. She refused to go to their house and instead went to Leela hotel. The relation between the couple was very bad,” Singh had said in her statement.

The prosecutor also told the court that an e-mail written by Mr Tharoor to Ms Trar addressing her as “my darlingest” has also been found.

“Such type of language was used. There are various letter which shows how intimate Tharoor and Trar were to each other,” he said.

Senior advocate Vikas Pahwa, appearing for Tharoor, refuted the submissions and said he was not aware of any such e-mail.

The case will again come up for hearing on August 31.