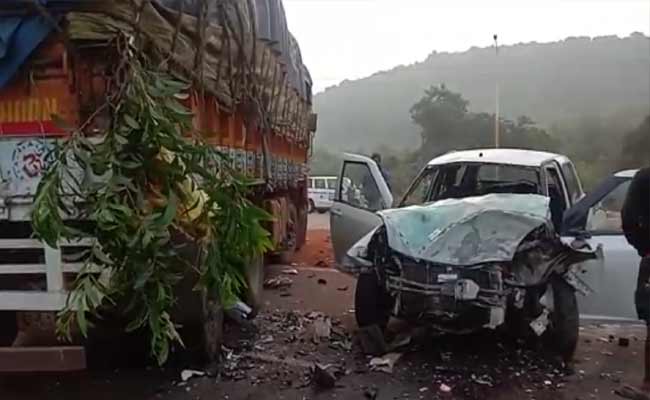 Khurda: Four persons, including two women, were crushed to death in a road mishap on National Highway-16 near Badapokharia under Jankia police limits in Odisha’s Khurda district in the early hours of Thursday.

According to sources, the car was en route to Bhubaneswar from Andhra Pradesh when it rammed into a truck that was parked along the highway after the driver lost balance over the wheels while manoeuvring through dense fog.

All four persons lost their lives on the spot.

On getting the information, the local police arrived at the spot and recovered the bodies, which were then sent to the district headquarters hospital for postmortem.

The identity of the deceased persons is yet to be ascertained. An investigation is underway.