Bhubaneswar: Twenty policemen of Odisha have been selected for the Governor’s Medal-2020 for their outstanding contribution in the field of policing and vigilance.

They were felicitated by Governor Prof Ganeshi Lal at the Investiture Ceremony on the 72nd Republic Day on Tuesday.

The list of police personnel felicitated with the Governor’s Medal is as follows: 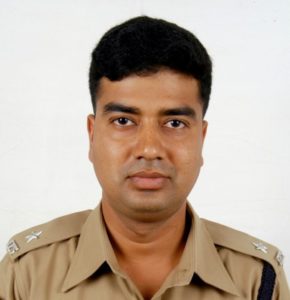 An IPS officer of the 2005 batch, during his tenure as SP of various districts of Odisha like Nayagarh, Bhadrak, Kandhamal, Balasore, Jagatsinghpur, Bargarh and Keonjhar Pankaj had shown exemplary leadership in the counter-LWE operations, management of communal harmony, combating corruptions and successfully handling law and order situation. While serving as SP, Vigilance, he was awarded the best Vigilance Division Award in 2014. He has done some exemplary work as DIG, STF in the seizure of huge quantity of brown sugar and he has been awarded DGP disc in 2013. 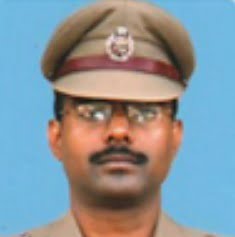 An IPS officer of 2006 batch, Singh has served in Malkangiri, Keonjhar and Rourkela districts and SOG, Bhubaneswar. He has shown exemplary leadership in anti-Maoist operations, illegal mining activities and law and order management. Due to his perseverance and constant monitoring, the State Police could neutralise eight hardcore Maoists in 2019 and 16 in 2020. His excellent intelligence initiatives helped in remarkably improving the LWE situation in most extremist affected districts, including Swabhiman Anchal of Malkangiri district. For his outstanding service, he was awarded DGP’s Disc in 2010 and Antarik Surakhaya Seva Padak in 2013. 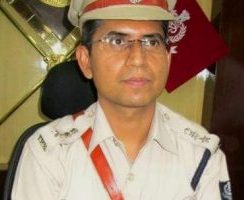 Officer of the 2019 batch, Rai is a sincere, hard working and dedicated officer. Due to his leadership and competence, he has shown outstanding achievement in handling crime, law and order and anti-Maoist operations in Ganjam and Kalahandi districts. He was awarded Police Medal for Gallantry in 2016. 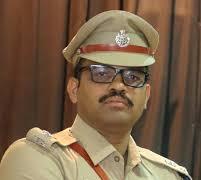 A 2010 batch IPS officer, Mahapatra has displayed high degree of professionalism, dedication and gallantry. In recognition of his successful anti-Maoist operations during his tenure as SP of Malkangiri district, he was awarded Police Medal for Gallantry thrice. He has also worked successfully as SP in Kandhamal, Angul and Keonjhar districts. Earlier, he has been awarded DGP’s Disc and CRPF DGP’s Disc for his outstanding performance. 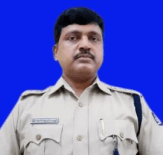 
Sahoo joined Odisha Police as Sub Inspector in 1995. He sustained three bullet injuries at Balichandrapur PS in the Jajpur district while apprehending a hardcore criminal. He was awarded DGP Disc for the year 2018-19.


He joined Odisha Police as Sub-inspector in 2005 and later joined SIW in May 2013 as Inspector of Police. Sahoo has an outstanding service career with high professionalism in the field of law and order management and crime control. The Maoist activity in Kandhamal district could be brought under control due to his active involvement. 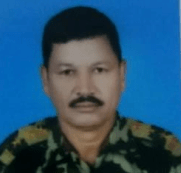 
Chhetry joined the Odisha Police as Sepoy (Gurkha) in 1980. During his service period, he has earned several rewards for his outstanding professionalism and dedication. He was adjudged as the best Subedar in the state on Police Formation Day – 2019. During his posting at 2nd India Reserve Battalion, Rayagada, he has performed anti-Maoist duties in Kalahandi and Nuapada districts. 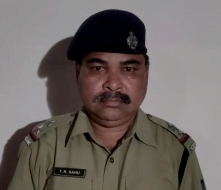 
Sahu joined the Odisha Police as Sepoy in 1986. During his service period, he maintained a high standard of discipline. He is a very hard working, dutiful and an obedient officer. He actively participated as a volunteer during severe cyclonic storm FANI in Puri district. 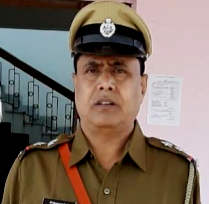 Sabir joined Police Department in 1982 as a constable and subsequently promoted to the rank of Havildar and posted in Khurdha district, UPD (urban police district) Bhubaneswar, Balasore and Cuttack districts. During his incumbency in different districts and in different capacities, he efficiently handled law and order situations and anti-social activities. He was awarded the President’s Police Medal in 2010 for Meritorious Service. 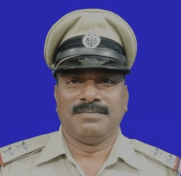 Sethi joined Odisha Police in 1990 as a constable in Kalahandi district. During his service as APR (Armed Police Reserve) constable in Kalahandi & Nuapada districts, he displayed high standards of discipline, courage and dedication. Due to his hard work and sincerity, he was adjudged Best Constable in 2002. After promotion to the post of ASI, he was posted in different Maoist-affected police stations and performed his duty satisfactorily. He was adjudged Best ASI for 2018. 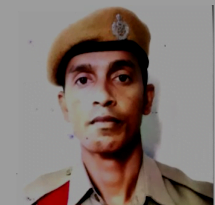 
Nayak joined the Odisha Police as a constable in Malkangiri district in 2002. Since his joining, he has been actively involved in anti-Maoist operations in the district. During his four-year tenure in the SOG, he exhibited exemplary courage in anti-Maoist Operations. For his exemplary bravery, he has been awarded Police Medal for Gallantry four times. 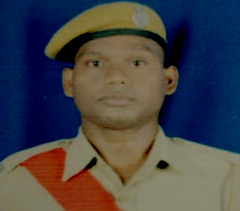 
Nayak joined Malkangiri district Police in 2002 as a constable. Since his joining, he has been involved in several anti-Maoist operations in the district. He served brilliantly in the Special Operation Group (SOG) of the Odisha Police for four years. He also led many anti-Maoist operations as a member of the District Voluntary Force (DVF). For his exemplary bravery, he has been awarded Police Medal for Gallantry five times. 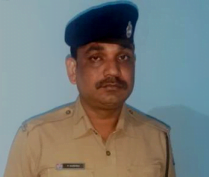 
Mishra joined as Sepoy in 2000 and worked at various Battalions and establishments. During his tenure at Special Task Force (STF), he exhibited high standard of discipline and professionalism in intelligence collection for detections of critical crimes. Basing upon his intelligence input, STF could seize huge quantities of contraband ganja and apprehend as many as 50 accused persons. 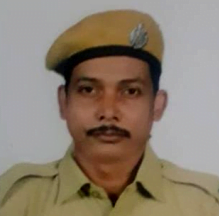 
Tripathy joined Odisha Police as a Constable in 2008. He is presently working in the SIW. He is very dedicated, hardworking and highly professional in his task. Several effective and successful anti-Maoist operations have been conducted in the state due to his actionable intelligence input. 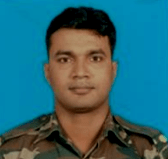 
Tripathy joined the Odisha Police as a Constable in 2008. He is presently working in the SIW. He is very dedicated, hardworking and highly professional in his task. Several effective and successful Anti-Maoist operations have been conducted in the state due to his actionable intelligence input. 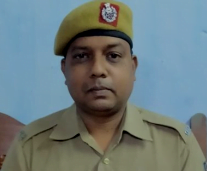 
Kumar joined Odisha Police in 2001 as a constable in Malkangiri district. He has completed several training courses in photography, videography, automated fingerprint identification training etc. For his sincerity and dedication, he was adjudged best OR Constable in 2012. He has been serving in the Maoist-affected Malkangiri district since his appointment.