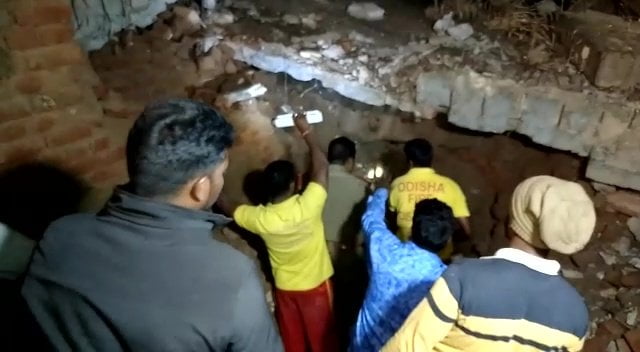 Jeypore: The Fire Brigade and local police began an operation to rescue three persons, including two women. from debris of an abandoned building at Barinuput near the Upper Kolab area under sadar police limits in Odisha’s Koraput district which collapsed on Friday afternoon.

According to sources, five persons were staying in the building that was declared as unsafe by the district administration and got trapped after it suddenly collapsed.

Following the incident, the Sadar police and a team of Fire Brigade rushed to the spot and rescued two persons from the debris and admitted them to a hospital.

After getting the information from the two injured, the team began an operation to rescue the other three.

The search operation was on till reports last came in.

Temples To Reopen In Odisha’s Koraput On This Date