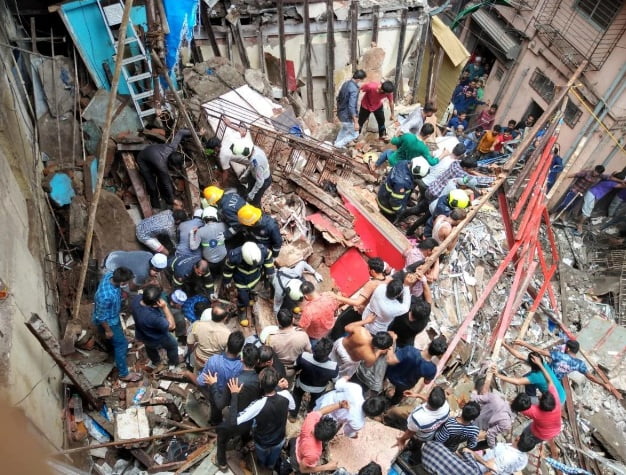 Mumbai: A four-storey building in south Mumbai’s Dongri area collapsed on Tuesday afternoon. It is feared that at least 40 people are trapped inside.

Two National Disaster Response Force (NDRF) teams and fire fighting workers have rushed to the site and rescue work is underway, according to reports. Local people have reportedly formed a human chain to pass on concrete debris.

The building, which goes by the name of Kesarbai is located on the congested Tandel Street and is around 80 years old. It housed nine families.

The buildings surrounding are reportedly at risk and have been vacated.