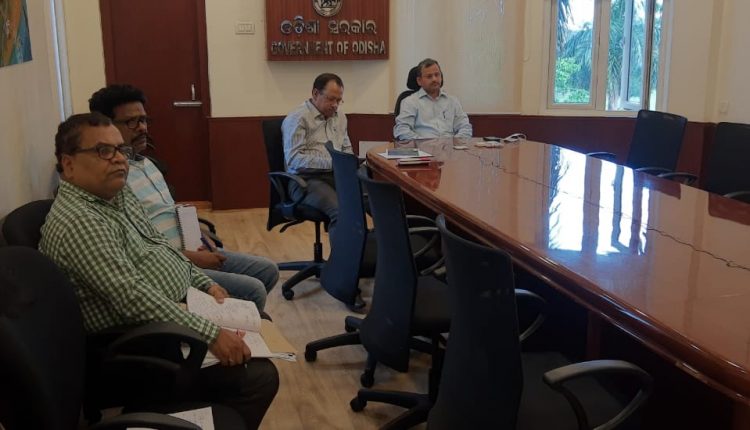 Bhubaneswar: Secretary, Ministry of Home Affairs, Ajaya Kumar Bhalla reviewed the preparedness of Andhra Pradesh and Odisha to face impending cyclone Asani in the context of its latest position and track.

Mahapatra appraised Bhalla that the state administration is in all readiness to face the ensuing cyclone. Following IMD’s latest forecast on track and intensity of the system that may recurve after coming close to Kakinada coast in Andhra Pradesh, the districts of Koraput, Malkangiri, Ganjam, Rayagada and Gajapati have been kept on high alert. The coastal districts have also been kept on alert. ODRAF and Fire service teams have been mobilised to the southern districts. They will be prepositioned well before the time of the cyclone passing near Odisha coast.

The SRC said that the system will move closer to Odisha coast only on May 13 morning and it is expected to weaken into depression by then.

Bhalla expressed satisfaction over preparedness of Odisha for cyclone Asani.