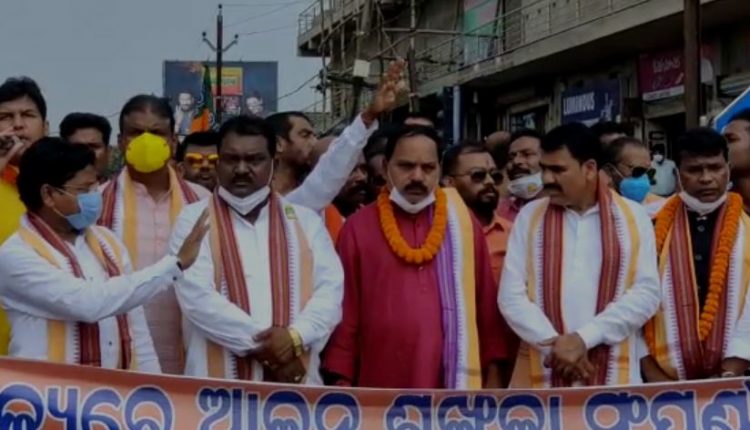 Keonjhar: Three days after the bomb attack on the vehicle of BJP legislator Mohan Majhi, Biju Janata Dal (BJD) on Tuesday denied that the ruling party had anything to do with the attack on the Keonjhar MLA.

In a statement in the day, Keonjhar district BJD president Madhab Sardar has strongly condemned the attack on Majhi and asserted that the culprits should be brough to book at the earliest.

In a related development, nine Bharatiya Janata Party MLAs have reached Keonjhar in solidarity with Majhi and demanded that the persons responsible for the attack should be arrested with seven days. The Saffron party legislators also threatened to launch a statewide agitation and demanded immediate transfer of Keonjhar Superintendent of Police “who has been shielding the accused”.

Unknown miscreants on Sunday hurled bombs at the vehicle of the BJP’s Chief Whip for which the legislator had filed a comlaint with the Town Police. But the police have taken no action till now.

The legislators visited the spot where Mohan Majhi was attacked and called invited Superintendent of Police Mitrabhanu Mohapatra to Keonjhar Circuit House where they sought to know what action the SP had taken so far, Mohapatra is reported to have assured the BJP delegates that the accused would be arrested within seven days.

Meanwhile, the police official released the sketches of the two accused and announced monetary awards for appropriate clues to nab them.