A Different Cup Of Tea

This article is part of the author's column: By Grace Of God 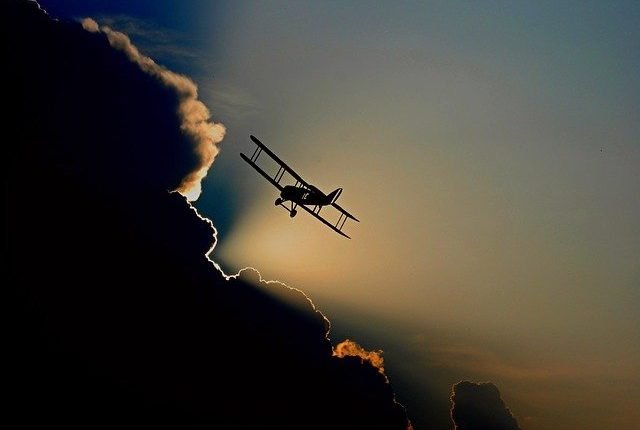 In 1991 I had been to Jabalpur for a week-long training. There I learnt British Council was offering a three-month training programme on agro-forestry at Edinburgh University and the last date for submitting the application was very close.

On my return, I submitted my application and Principal Chief Conservator of Forests M C Das forwarded the same to the government the very same day. But Secretary of Forest Prateep Kumar Mohanty was on leave due to illness. I took the liberty of going to his residence with a request to send it onwards. Despite his illness he called for the file. As only a day’s time was in hand, he directed his office to forward my application to Government of India without waiting for the state government’s approval. On June 28, the state government received intimation of my selection. And I was supposed to join at Edinburgh University on July 2. The Secretary, Forest, promptly forwarded a proposal to government to relieve me. The file was to be routed through  Additional Chief Secretary U N Mallick. It was put up to him on June 30, the very day he was retiring. I met him and requested him to forward the proposal to the Chief Minister. His eyes lit up, “Oh! Let me do some virtuous works just before retirement.” He called for the file and did the needful. Now the problem was, the Hon’ble CM was in Delhi and would return after two days. On my request the CM’s office sent the proposal through fax to Odisha Bhawan in Delhi. I spoke to R M Patnaik, a DGP-rank officer and a friend of my father, who happened to be in Odisha Bhawan. He placed the fax before Chief Minister Biju Patnaik. He had a look at it. “So a young man wants to go abroad for some training,” he reportedly said and on the margins of the letter he wrote, “Relieve Immediately.” And I was on the plane to Delhi on July 1.

Mr Munireddy from Karnataka and Mr Siddappa from Kerala were also to attend the same training programme. An official of the British Council briefed us on our travel itinerary and other formalities in the UK. The briefing was crisp and to the point. On arrival at Gatwick Airport, London around 4.00 am we met a gentleman carrying a placard of British Council. He handed over to us some cash, bus tickets to travel to Heathrow Airport and plane tickets to Edinburgh. Without any hassle we were in Edinburgh, where one jolly gentleman received us. He introduced himself as the hotel owner where we were booked for a week. He drove us to his hotel and did everything possible to make us comfortable. We shifted to an apartment in seven days. In the meantime, we had also smoothly joined the training programme. Entirely faceless system; one need not know anybody or be somebody who mattered.

In the university we were issued library cards and the procedure to take and return books was explained to us. The procedure  for getting books was simple but the procedure for returning was simpler: ‘Just drop through this slot.’ Therefore, our natural questions were what would happen if a book actually didn’t return to the shelves? What if one would actually not return a book and said it was returned?” The librarian’s response was very straight forward, “Nothing like that will happen and we trust you.” She smiled and explained: “Ours is a 400-year-old university and we have been running our libraries like this. It is not that books don’t get lost, but imagine what would be the cost if we were to engage three persons round the year just to receive the books being returned. The cost of the lost books would be a very small fraction of that.” I wonder whether we could even imagine running our libraries like this.

We were putting up in a flat in a multi-storied residential complex. We used to hang our washed clothes inside the house. One day we got a notice that when we left for the university, we had forgotten to pull the curtains and our clothesline was visible from some other flats. We were a bit flabbergasted, how such a routine action inside our house could be objectionable. The gentleman told us although the clothes were hung for drying inside a room still those were visible from outside as the curtains were not drawn and that was offensive to the eyes of other flat owners. We didn’t argue nor repeat. Concern for aesthetic values and feelings of others!

Edinburgh used to be a small city going by Indian standards, particularly traffic on the roads was very less. But everyone abided by traffic rules, although hardly one would see a traffic police anywhere. When it came to crossing the road, a pedestrian was allowed to do so only at designated places on seeing the green light. However, on not so busy roads a pedestrian could seek preference to cross by pressing a button and the vehicular traffic would come to a halt. On roads not having traffic signals, it was the pedestrian who had the right of way and the cars must stop to give way. Initially, we had some embarrassing moments; we would just casually step on to the main roads from sidewalks and the cars would come to a halt giving us passage to cross, acknowledging pedestrian as an equally important road user!
In a park nearby we went for evening walks and befriended a very friendly elderly couple. During the course of discussions one day Mr. Munireddy enquired about their children. “We have two brats, don’t know where they are now, might be begging in some railway platform,” the lady said with a chuckle. Our reaction was, “No, no, no, how can you say like that? They are your own children!” Then we lectured on the Indian family system and bonding amongst the members.

After a patient hearing, the gentleman said, “She was just joking. We know where our two sons are. They keep coming to our home once in a year or so. But what you all talked about parent-children relationship is wrong. You are all foresters and deal with wildlife, you definitely know the animals and birds love their offsprings; in fact their sacrifice to rear the young ones many a times is much more than ours. The mother birds would not leave the nest, the penguins would keep standing with the eggs on feet till the chicks hatch. Tigresses would take care of the cubs till they learn to hunt on their own. Yet, once the offspring grows up, they just let them go. A bird would push the chicks out of the nest, mother tigress would leave the cubs to find their own territories. We have given our children the best possible education within our means, taken care of them for more than 18 years. Now they are supposed to be on their own. I am 65 years old and my wife is 63 and we wish to lead a peaceful retired life together. Our children and we belong to different generations. We like to listen to soft music, have quiet candle-lit dinners with wine, talk endlessly on topics which might not make any sense to them, or for that matter to anyone. Whereas they love their noisy late-night parties with loud music. Our staying together is very likely to lead to indulgence in their affairs and vice-versa. I guess, we are entitled to living life on our own terms at this stage of life. We are registered with a sanitorium to shift there, once we are not able do our routine chores or not able to take care of ourselves or when one of us passes away. We want to live with dignity till the end. Children are always welcome to meet us at our home or the sanitorium as the case may be.” I guess he made a very good point.