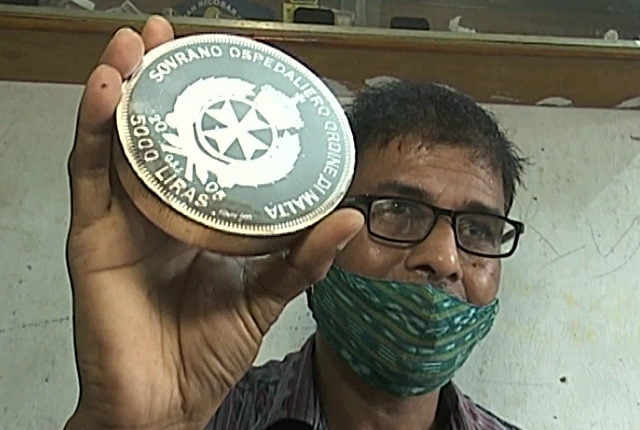 His Sector 14 residence is now a mini museum full of rare and antique coins and currency. He has 4,500 different types of coins and notes, with the total number being over 5,000.

Born at Saradhapur in Sundargarh district, Mahanta had an interest in coins from a young age. But he couldn’t continue with his hobby.

The passion got reignited after he joined RSP, and he started collecting coins again from 2006.

Mahanta, who has participated in several coin exhibitions in different parts of India, has coins from about 135 countries.

He also possesses coins issued by kings of 86 states, which were used in pre-Independence era. Those include 80 coins used during the time of Chhatrapati Shivaji.

“We can get knowledge about science, literature, history and old traditions through coins. With more research, we should bring it to public notice. Our younger generation can learn about history through old coins. I am trying this at a personal level,” Mahanta was quoted as saying by a vernacular daily.

Mahanta, who is also an archaeologist, occasionally taught school and college students, research scholars about old coins and currency regarding notes.

He has written eight books on coins, but doesn’t have enough financial resources to get those published.

Down Memory Lane: How Gas Leak In Rourkela Was Handled