Absence Of Students In Odisha Matric Exams: BSE Says It Is Not Accountable; Department To Look Into Matter 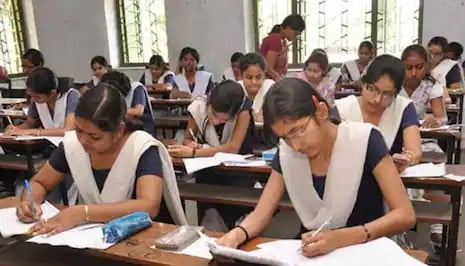 Bhubaneswar: With a large number of students not turning up to appear at annual Class X Board examinations, the state government has said it would look into the matter while the BSE has stated that it is not accountable for candidates’ participation.

Speaking to media persons, Bishnupada Sethi, secretary, school and mass education department on Friday said they had been informed that a good number of candidates did not appear at the Matric examination and were trying to know the reasons for it.

Stating that the government did not charge any fee for filing the registration forms for the examination this time, he said there might be various reasons for the students to drop out of the examination.

“The studies of the students were severely affected due to COVID pandemic. They may have dropped out of the examination due to lack of preparation. There was no foul play on part of the administration in conducting the examination,” Sethi said.

On the other hand, the Board of Secondary Examination (BSE), which conducts the annual examination, absolved itself of the responsibility in this regard.

Ramasish Hajra, president, BSE said, “It is not our fault. Our job is to issue admit cards to those who will fill up forms and conduct the Matric examination through fair and transparent means. The School and Mass Education department will look into it as we don’t have any system to verify.”

Meanwhile, Hajra said evaluation of answer sheets of the students, who appeared at the examination, is likely to start from May 20 or 21.

Cyclone Asani: Depression In 3 Hours; Heavy Rain To Lash Odisha, Squall@100Kmph From May 10