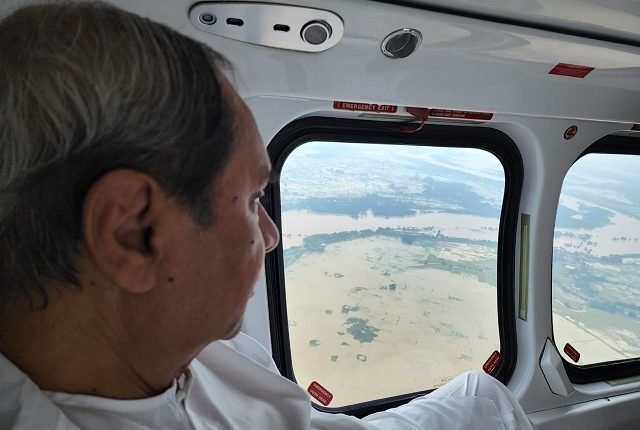 The CM ordered district administration officials to assess the damage to houses and crops within seven days once floodwaters recede and provide compensation for the damage in the next 15 days.

Naveen, who took off from Bhubaneswar airport at 3.30 pm, surveyed the flood situation in Khurda, Puri, Cuttack, Jagatsinghpur and Kendrapada districts.

The floods have affected 12 districts, affecting more than 4.67 lakh people in 1,757 villages, as per preliminary assessment of the government. The districts are Angul, Bargarh, Boudh, Cuttack, Jagatsinghpur, Jajpur, Kendrapada, Khurda, Nayagarh, Puri, Sambalpur and Subarnapur.