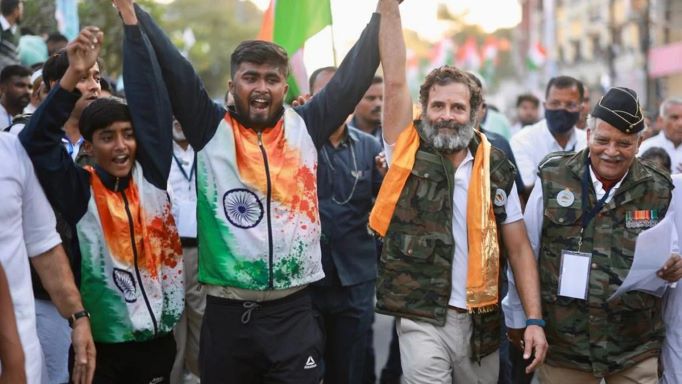 New Delhi: With the general elections a year and a half away, the Congress is going full steam to emerge as worthy challengers to the BJP-led Central government which has been in power since 2014.

Even as the Rahul Gandhi-spearheaded ‘Bharat Jodo Yatra’ is set to complete three months since its launch at Kanyakumari on September 7, the grand old party on Sunday announced another massive campaign – ‘Hath se Hath Jodo’ Abhiyan.

The decision was taken at the party’s Steering Committee meeting on Sunday.

“Second, we reviewed and discussed the future course of action for Bharat Jodo Yatra. We have decided to hold a massive campaign ‘Hath se Hath Jodo Abhiyan’ from January 26. It will be a two-month-long campaign,” added Venugopal.

During the campaign, Congress workers will hold padyatra across every booth and gram panchayat of the country to spread the message of Rahul’s padyatra.

The steering committee was formed in place of the working committee, the highest decision-making body of the party, after Kharge took charge as president in October.