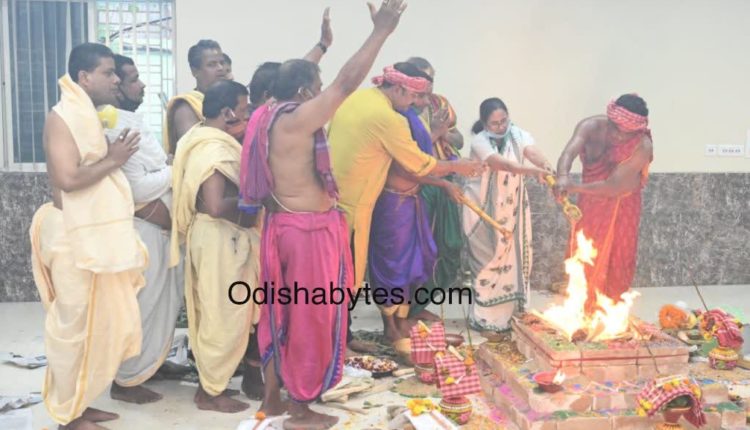 Kolkata: Hours before the Election Commission of India announced the election dates, West Bengal chief minister Mamata Banerjee performed puja for Lord Jagannath at her residence in the Kalighat here.

Mamata’s nephew and TMC MP Abhishek Banerjee was seen chanting prayers as the chief priest of the Jagannath temple in Puri, Jagannath Swain Mohapatra along with a group of servitors performed the puja. 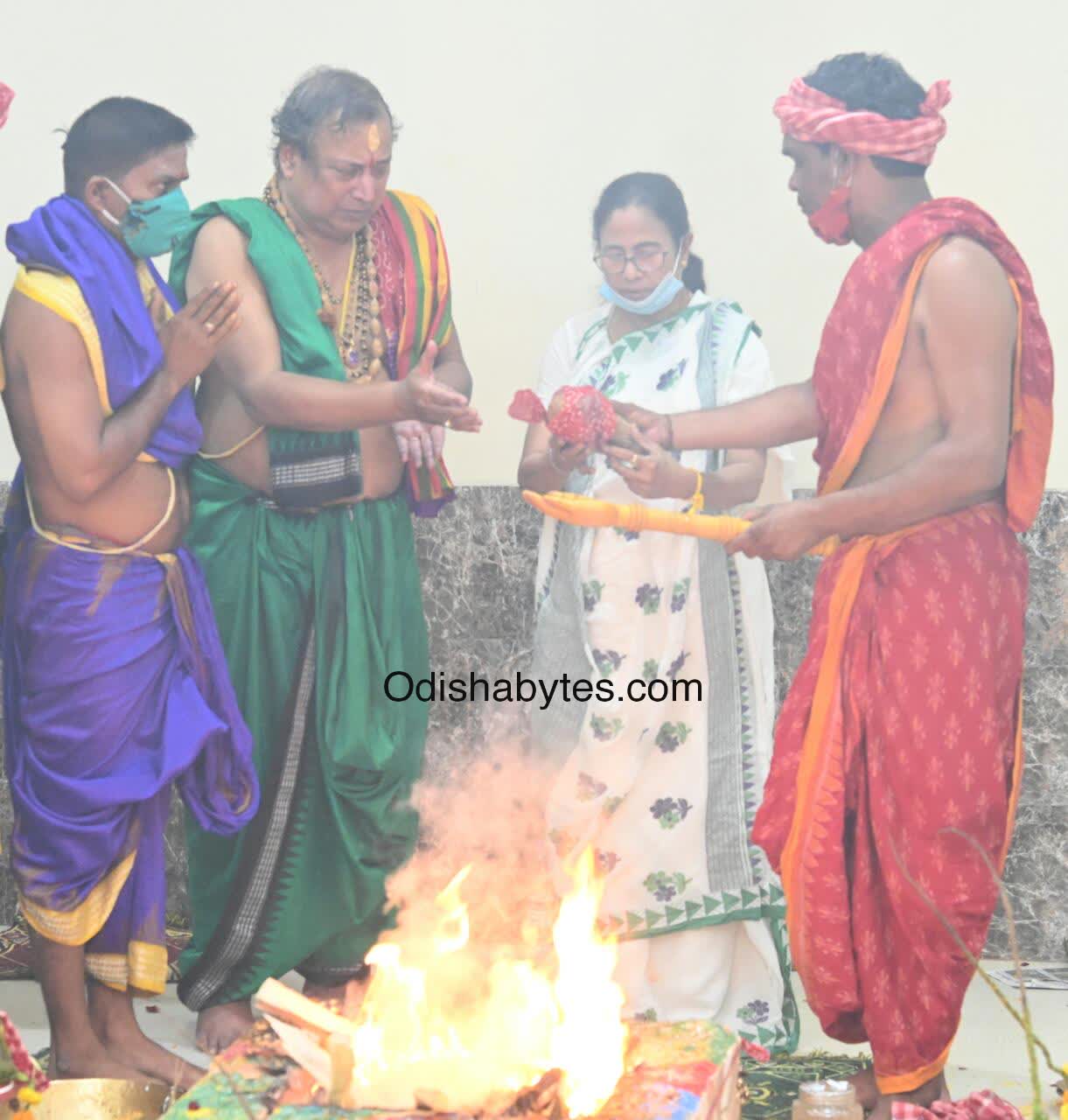 Didi performing the puja and the announcement of dates for polls was not a coincidence. It was held ahead of the polls to pray for the success of TMC, sources said.

It is well-known that the fiery leader Mamata is a devotee of Lord Jagannath and makes it a point to visit the Lord’s temple in Puri ahead of any auspicious occasion. She herself has claimed her faith in the Lord on many occasions. Even the head priest of the Puri temple is a regular visitor to the Kalighat residence of the CM.

“Abhishek usually takes a couple of trips to Puri every year. But, due to their (Mamata and Abhishek) busy schedules ahead of the elections, the family decided to perform the puja in their house this time,” said a senior TMC leader on anonymity.

Notably, Jagannath Das Mohapatra, who dons the role of bodyguard (Badagrahi) of Lord Jagannath during Ratha Yatra, performed the rituals.

It is pertinent to mention that ahead of the Lok Sabha polls in 2019, Jagannath Daitapati had claimed that the ruling Trinamool Congress will win the polls with absolute majority.

It could not be ascertained though what is the forecast of the priest this time.