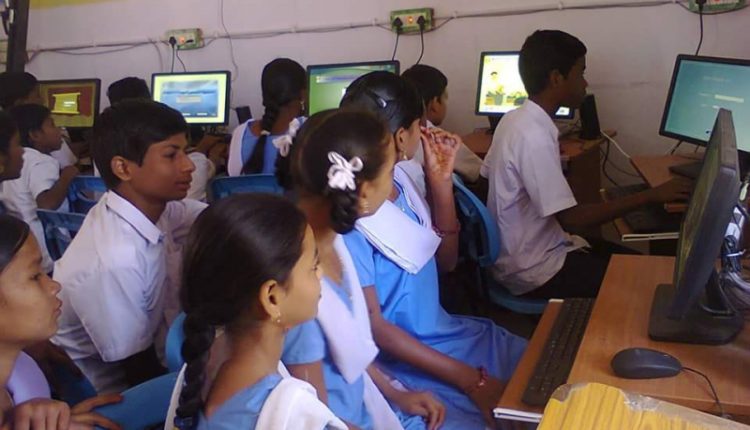 Over the last couple of weeks, I noticed a number of friends on Facebook applying a frame to their profile photograph saying they were proud to have studied in a government school.

My first encounter with the education provided by government schools came around fifteen years back when our maid at the time informed us that her daughter, studying in the sixth standard at the nearby government girls high school had come second in her class. In her happiness, she had even brought the report card which she showed us with quiet pride.

While I was happy for her and her daughter, seeing the report card brought home to me the reality of our public education system. The child had failed in three subjects and her overall average score was in the low forties. And she was second in a class that probably had around fifty other girls of her age.

While I am sure the situation must have vastly improved at least in schools in Bhubaneswar and hopefully other urban areas, I wonder if it is still the same in rural schools.

A recent report by the United Information for Education Plus 2019-20 released by the Union ministry of education said that only 30.03% of schools in India had computer facilities, and for Odisha, the figure was even lower at 16.18%.

When we see that only 15.96% of government schools have functional computers and only 2.72% have internet facilities, given the increasing reliance on digital access to education due to the pandemic, it shows how much needs to be done.

And this is something that we should be seriously worried about, regardless of which domain we work in or where we live.

Even if the current economic and jobs scenario were to continue for the next couple of decades, it will be very difficult to provide gainful employment to a vast majority of the population in the productive age.

But the situation is not going to continue as it is – we are dangerously close to a paradigm shift in the requirements and size of the job market. This is not a guess, but something that one of the global-thought leaders in Artificial Intelligence, as well as an expert at behavioural economics, Michael Wu has said in his article, “How do we get to a possible future with AI? Meet the AI Adoption Maturity Curve”.

Here, Wu talks about the stages through which technology is used by industry. He has identified a six-stage framework that would most likely be followed, beginning with Digital Transformation where organizations begin digitizing their data – from basic accounting to complex ERP systems that capture data from all the processes within the organization. As the accumulated data grows, reports and dashboards are prepared using business intelligence (BI) tools to facilitate decision making by providing insights on what had happened. As the volume and diversity of the data grow, predictive analysis is then possible, where inferences could be drawn on what could happen. With even more data, it is then possible to build prescriptive models which can not just predict what could happen, but also suggest what should be done.

The next stage would be Automation, where AI engines are trained to mimic the way humans take decisions and perform actions, and use the output of the prescriptive models that have suggested what should be done, and do it without needing human intervention. However, this will still require human supervision – an example is the current Tesla auto-drive modes where the company says that even when the car drives itself, a human still needs to be at the wheel.

The third stage is where the AI engines keep learning from humans till a sufficient level of efficiency in terms of the work done reaches close to 100% to what could be done by a human.

The final two stages will see AI being used even for the last mile delivery of products through the use of robotics and drone technology that will eliminate the requirement of even more earning opportunities. And this will bring about what Wu calls the AI Augmented Economy – a very different world where most of the repetitive work is done by AI and robots. Humans will still have work, but this will require very high levels of skills and knowledge to be able to deal with completely new problems or situations. Here, there is a possibility that he may be optimistic, for already we have AI systems that are capable of learning even without being trained. For the rest of humanity, it will be a permanent holiday, dependent completely upon the government for survival.

Yes, it will probably take a few years for all this to happen – but happen it will, and the toddlers of today will have to figure out how to earn their living as young adults. And this is the reason their education now is of such importance, and why we need to urgently improve our education system across the board.

Flight Service From Puri Likely To Take Off In 2022-23