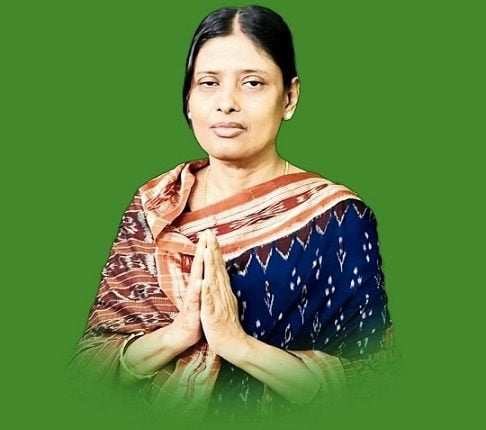 Bhubaneswar: The BJD on Monday announced Alaka Mohanty, widow of Kishore Mohanty, as its candidate for the Brajrajnagar Assembly byelection on May 31.

The announcement came a day after the BJP named Radharani Panda, former MLA from Brajrajnagar, as its candidate for the bypoll to the Assembly seat in Odisha’s Jharsuguda district.

Radharani had defeated BJD’s Anup Kumar Sai in 2014 but lost to Kishore Mohanty of the ruling party by a margin of 11,634 votes in the 2019 Assembly polls.

The Congress has picked senior party leader and former Speaker Kishore Patel as the party candidate.

The bypoll was necessitated following the death of sitting BJD MLA from Brajrajnagar and former Speaker Kishore Mohanty on December 30, 2021, following a cardiac arrest.

13 Years On, Two Convicted In Pramodini Roul Acid Attack Case In Odisha Get 14 Years In Jail