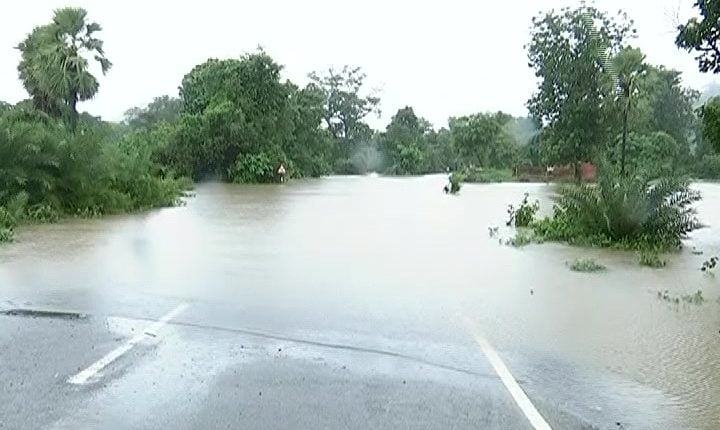 Bhubaneswar: With swelling rivers and flash floods reported from different parts of the state which received incessant rainfall for several days due to consecutive low pressure over Bay of Bengal, the government on Friday assured that almost all river embankments were safe.

Ruling out the possibility of flood now, chief engineer, Water Resources department Jyotirmaya Rath told the media persons that though several rivers including Jalaka and Baitarani are swelling, most of their embankments are high and strong enough to prevent flooding.

“People need not panic fearing flood as all the river embankments are in good condition. The inflow of Hirakud dam was 2.85 lakh cusec and outflow 2.33 lakh cusec,” the chief engineer said.

He further said flood-like situation prevails in Malkangiri as most of the bridges in the district are at low level. It has led to inundation of some low-lying areas and disruption in communication.

According to reports, the low lying areas in Motu block have been flooded while almost all rivers in the district are in spate. Communication between Kalimela and Padia has been disrupted after the flood water was flowing over the bridge near Kanyashram. The road connecting Poteru, Kankarkonda and MV-90 was submerged.

In Bhadrak, red alert has been issued as the water level of Baitarani river was rising by 0.44 metre every hour. It has led to a panic among the people of Bhandaripokhari and Dhamnagar blocks.

An approach road to Baitarani river at Bodak under Chandbali block was reportedly washed away and there was a 90 feet breach on the embankment on Aradi-Jajpur main road.

Subhasmita Das, Junior Engineer of National Highway Authority in Jajpur said, “The repair works are on and we will soon bring back normalcy on road.”

In Sundargarh disrict, a temporary bridge over National Highway-215 near Narayanposh Command was washed away in the flash-flood on Thursday night, snapping the link between Kalta and Koida.