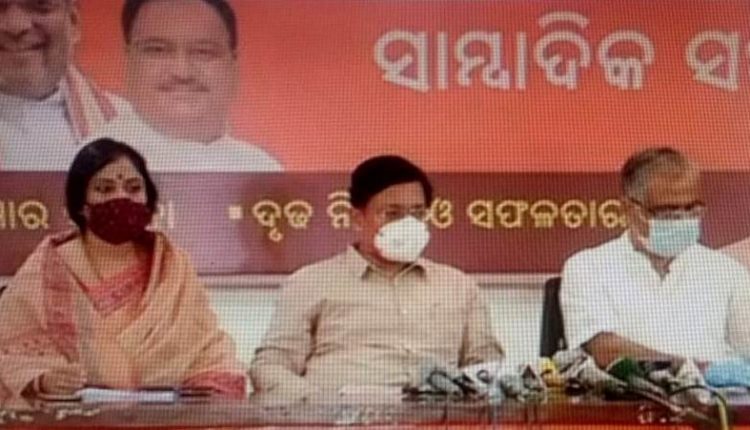 Bhubaneswar: The BJP and the Congress on Friday came down heavily on the Odisha government for amending the Odisha Universities Act.

Briefing the media, BJP leaders Lekhashree Samantasinghar, Prithviraj Harichandan said that the manner in which the State Cabinet has hastily approved the promulgation of the Odisha Universities (Amendment) Ordinance 2020 to amend the Odisha Universities Act, 1989, and repeal the Ravenshaw University Act, 2005, is pointless and undemocratic.

“Abolition of the Senate in universities to make the Syndicate as the highest authority is a well-orchestrated conspiracy of the state government to bring activities like recruitment, selection of vice-chancellors and overall management under its control to make them bureaucratic institutions,” they added.

Earlier in the day, protesting Student Congress activists started a demonstration in front of the Utkal University and staged a road blockade on the National Highway at Vani Vihar Square and burnt the effigy of Chief Minister Naveen Patnaik.

Student Congress leader Manoj Biswal said the state government which had given autonomy to the universities, has dissolved the Senate and is trying to appoint six members in the university syndicates to bring the entire management under its control for the selection of vice-chancellors and recruitment of teachers.

“The selection procedure of the teachers in the universities is far better than that of the Odisha Public Service Commission (OPSC). While only two experts of OPSC remain present during the selection of government and aided college teachers, three experts, the Director, Higher Education and the nominee of the Governor and Chancellor of Universities remain present during the selection of the university teachers. Now the government has done away with this procedure and entrusted the task to the OPSC to indulge in rampant corruption. We strongly condemn the decision of the state government. We have staged a demonstration in the Utkal University today and will continue in all the universities very soon. The protest will be intensified with the reopening of the universities,” Biswal pointed out.

Responding to the charges, BJD spokesperson Amar Prasad Satpathy said that the state government has brought about the reforms for qualitative improvement in higher education in consultation with eminent academicians.

He said those who think they will intensify mass agitation and play politics on this issue will not succeed as they cannot influence the people.