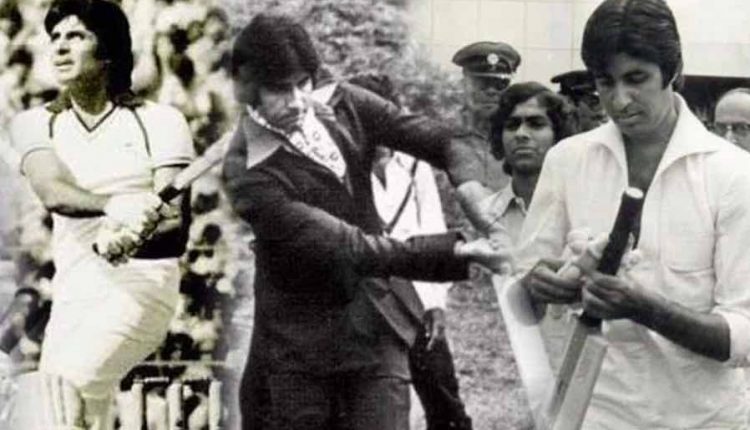 Amitabh Bachchan’s love for sports, especially cricket, is well known. He has, over the years, been linked with cricket in multiple forms and ways – be it through film dialogues, narrations or tweets.

As the Bollywood maestro turns 80, here’s a look at some of his interesting moments/incidents related to cricket:

That was Bachchan, playing Anthony, replying to Vinod Khanna’s (Amar) query on a criminal named Robert in a memorable scene from the 1977 Manmohan Desai-directed blockbuster ‘Amar Akbar Anthony’.

Cricket was the central theme of the Aamir Khan-starrer Lagaan, which was nominated for best foreign film at the 2002 Oscars. Amitabh Bachchan, after being initially thought to be unfit to be narrator by director Ashutosh Gowariker, was finally roped in for the voiceover. Set in 1893 India, the story is about villagers being challenged by a British officer to a cricket match is they wanted to avoid paying due taxes. Bachchan’s narration was well accepted by the audience as the film won several laurels, including 8 awards each at the National Film Awards and Filmfare Awards.

During the 2016 T20 World Cup, Big B gave a fitting reply to a tweet by England allrounder Andrew Flintoff in which he compared Virat Kohli with Joe Root.

“Root who? We will take uproot him,” Bachchan had responded to Flintoff’s patronising comment that “At this rate @imVkohli will be as good as @root66 one day!”

Will Dhoni’s Daughter Be Captain?

Bachchan showed his sense of humour after Virat Kohli and Anushka Sharma were blessed with a baby girl in January 2021.

Sharing a viral post which has a list of Team India cricketers who have daughters and a possible future Indian women’s team, Bachchan noticed MS Dhoni’s name was missing.

“Dhoni also has daughter… will she be Captain?” Bachchan posted on Twitter.

“… and Dhoni also has daughter .. will she be Captain ? 🙏” pic.twitter.com/KubpvdOzjt 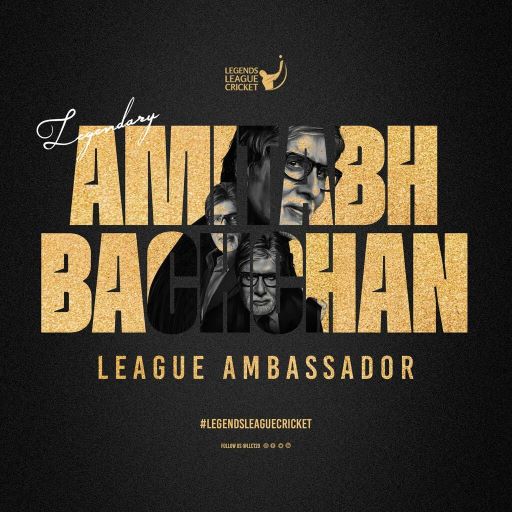 Bachchan was roped in as Ambassador for the inaugural season of Legends League Cricket (LLC) in January 2021. In the promos of the league — themed ‘Boss Logon ka game’ — which filmmaker R Balki shot with the veteran actor, the emotions and excitement of a keen cricket fan came through as Bachchan introduces the players.

Talking of the project, Balki had said: “I’m an ardent cricket fan, which Indian is not? When I was told of this opportunity to work with Bachchan on the promotion of Legends League Cricket, I simply wanted to show the excitement of a true cricket fan through him.. Bachchan is in a whole new avatar of an ardent cricket fan.”

A capacity crowd at Kolkata’s Eden Gardens broke into thunderous applause after Bachchan sung the National anthem ahead of a high-voltage India-Pakistan T20 World Cup encounter in March 2016. When the invitation came from former India captain and then-CAB president Sourav Ganguly, Bachchan said, “How can I say no to Dada”. Singer Shaqfat Amanat Ali, who sung the Pakistani National anthem, said it was an honour for him to sing the anthem along with Bachchan.

For an ardent cricket fan like him who spoke impeccable English, it was perhaps inevitable that Bachchan would have a stint as a celebrity commentator. His time came during the 2015 India-Pakistan World Cup game in Adelaide. It was part of a promotional activity for his film ‘Shamitabh’. Son Abhishek revealed said that Bachchan worked very hard for his commentary and was a bit nervous as well, though he had the “best voice in the world”. Bachchan later said it was a big honour for doing commentary with legends like Kapil Dev, Shoaib Akhtar and Rahul Dravid.

Bachchan was one of the first celebrities to congratulate the Indian team for winning the 2018 World Cup for Blind, beating Pakistan in the final at Sharjah. “Another victory for India cricket! India’s Blind Cricket Team beats Pakistan in Final and becomes World Champions.. Congratulations.. You have made us all proud!!” Bachchan tweeted at 1.14 am. He has been a source of encouragement to all national teams and individual players.

Our Probationers – Bond Beyond Professional Realms