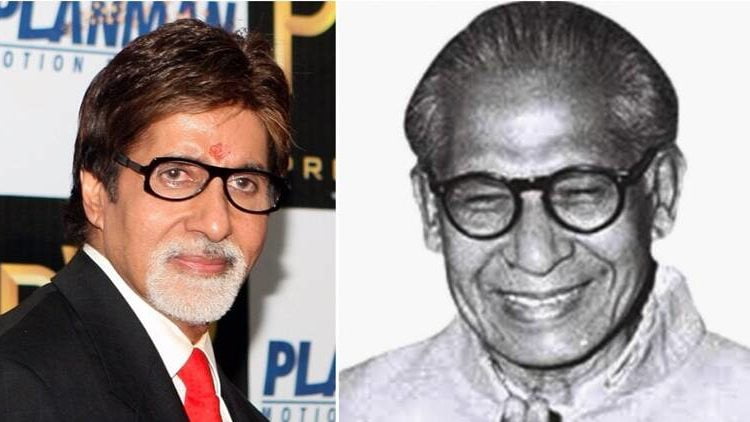 The Polish city of Wroclaw honoured Amitabh Bachchan’s father Harivansh Rai Bachchan by lighting a diya next to his statue.

A square in Wroclaw, which was declared as a UNESCO City of Literature, has been named after the late Harivansh Rai Bachchan, an eminent poet.

“They honour Babuji by placing a ‘diya’ for Deepavali at his statue in Wroclaw… an honour a pride,” Amitabh wrote on Instagram along with the picture of his father’s statue.

Last month, Amitabh shared the news of Wroclaw paying tribute to his father. “The City Council of the City of Wroclaw, Poland has decided to name a Square after my Father .. there could not have been a more apt blessing on Dushhera than this .. a moment of extreme pride for the family, for the Indian community in Wroclaw .. and India .. JAI HIND,” Big B posted on social media.

In July, students of Wroclaw University had recited a few lines from Harivansh Rai’s famous poem ‘Madhushala’, while in 2019 the Mayor of the Polish city declared Amitabh as the Ambassador of Wroclaw.