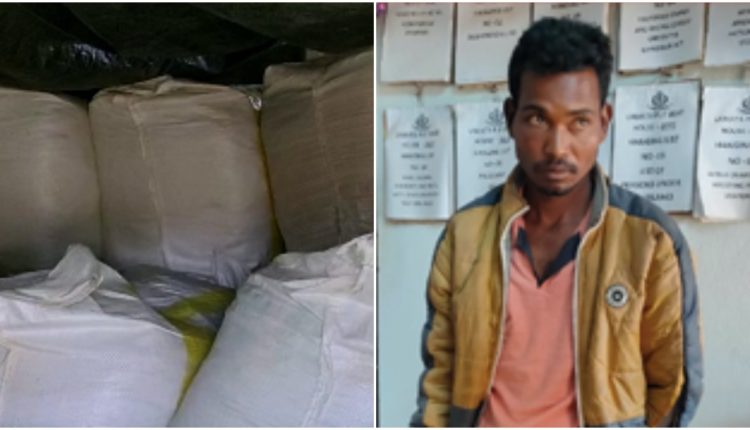 The arrested has been identified as Krishan Trinath of Visakhapatnam, Andhra Pradesh.

According to police sources, the contraband was being transported to Jeypore from Machhakund area. The driver fled as soon as the cops intercepted the vehicle, which was speeding away.