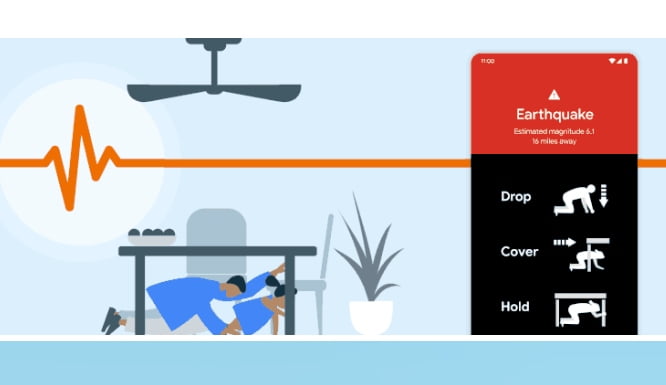 San Francisco: Google is using smartphone accelerometers to detect P-waves — the first waves that arrive during an earthquake. These sensors can communicate with a central server to confirm and provide crucial alerts.

Google is partnering with the United States Geological Survey and California Governor’s Office of Emergency Services to provide these earthquake alerts.

The system, however, has limitations and cannot warn all users before an earthquake reaches, specially the ones closest to the epicentre.

Google plans to build an API of this in the future. The list of applications for this is endless. Smart elevators could stop and open doors at the next floor detecting an earthquake or turn off gas valves automatically. Even medical procedures can be paused.

One big problem firefighters face is locked doors, which can be unlocked automatically when the system detects a tremor. Planes can abort landings and trains can be slowed down, The Verge said.

Fact Check: Are These Earthquake-Damage Images From…