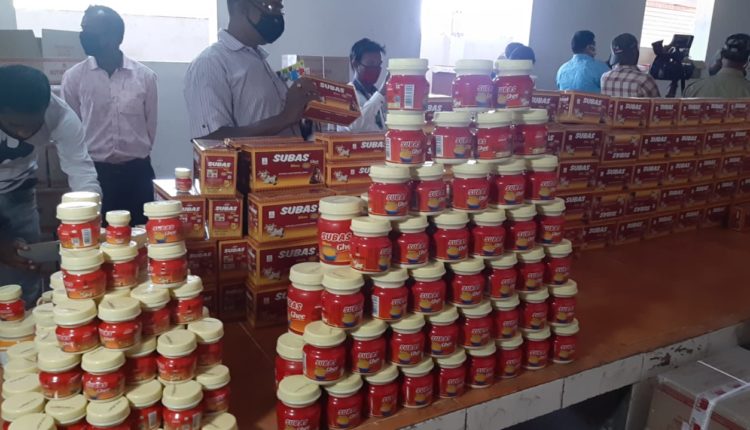 Cuttack: In the continuing crackdown on adulterated food manufacturing units, the Commissionerate Police busted another spurious ghee unit in Cuttack on Monday.

Acting on a tip-off, police raided the unit in Jagarpur industrial area and seized huge quantity of fake ghee, manufacturing machines, some chemical and colour essence and packaging materials bearing logos of various brands. The seized materials are worth more than Rs 1 crore.

The unit has been running for the past several years, sources said.

Notably, a spurious ghee unit was busted at Sriram Nagar under Bailasi Mouza in Cuttack on Sunday.

Earlier on Wednesday, police had raided a spurious ghee and edible oil manufacturing unit at Gabagasta in Cuttack and seized huge quantity of fake ghee.