Another Low Pressure To Trigger Heavy Rainfall In Odisha This Week, Check Forecast 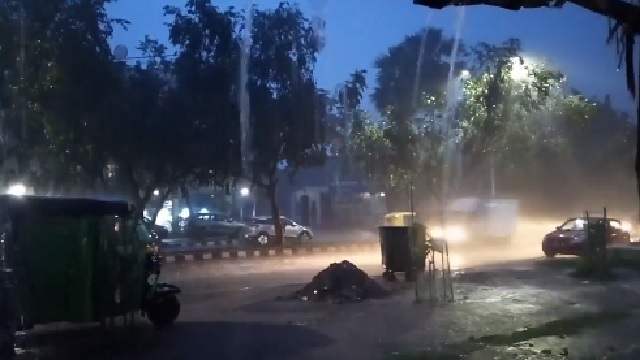 Bhubaneswar: After two days of relief from incessant rainfall, which lead to flooding of major rivers, Odisha is yet again likely to witness another low pressure on August 19.

According to Bhubaneswar Meteorological Centre here, the low pressure is likely to form over north Bay of Bengal. Under its influence, rainfall intensity across the state is likely to increase from August 18.

A yellow warning has also been issued for very heavy rainfall on August 19 and August 20.

According to SOA’s Centre for Environment and Climate (CEC), the probability of very heavy rain was high over the west and north Odisha districts for 24 hours from August 19 night in the catchment areas of upper and lower Mahanadi, Baitarani and Brahmani rivers.

Meanwhile, the depression over the Odisha coast, which triggered heavy rains over the state, has already weakened into a well-marked low pressure on Tuesday and it is likely to weaken further.

Notably, floodwaters is being discharged from 40 gates of Hirakud Dam and by 6 am the inflow of water into the reservoir was recorded at 5,97,092 cusecs against an outflow of 6,79,683 cusec.  12 lakh cusec water was flowing in Mahanadi at Mundali in Cuttack.

Odisha Plus II First Merit List To Be Out Today; When & Where To Check