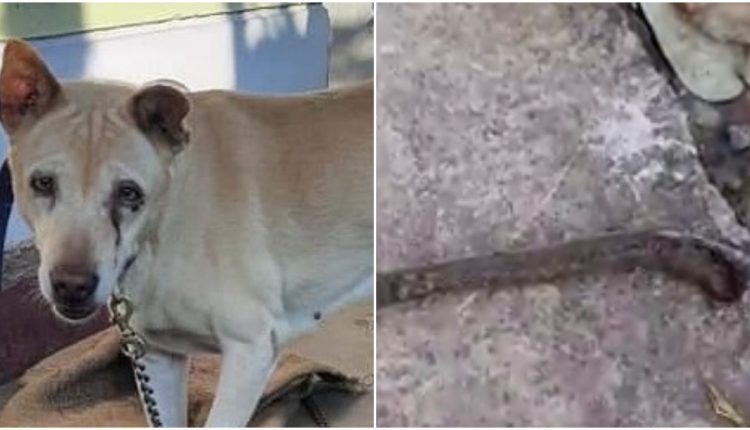 Jeypore: A week after a pet dog died after killing a poisonous snake in a village on the outskirts of Bhubaneswar, a similar incident was reported from Odisha’s Koraput district on Sunday.

According to sources, Shankar Prasad Tripathy of Power House Colony in Jeypore town had adopted a street dog as a pet. At around 3 pm, the dog noticed a big cobra entering the house. It ran towards the front door and pulled the snake by its tail.

Hearing the dog bark, the owner and five members of his family rushed to the spot and found their pet fighting with the snake. After a 30-minute duel, the dog killed the snake by severing its hood.

“We are grateful to our dog for saving our lives,” Tripathy said, adding that there was no injury to his pet during the fierce fight with the snake.

Notably, a pedigree Rottweiler dog died after killing a cobra inside the premises of his owner’s house at Mundamuhana village under Jaanla police limits, on the outskirts of Bhubaneswar, on November 4.

Exponential Increase In Pollutants From Delhi To Bhubaneswar Since Diwali: Study