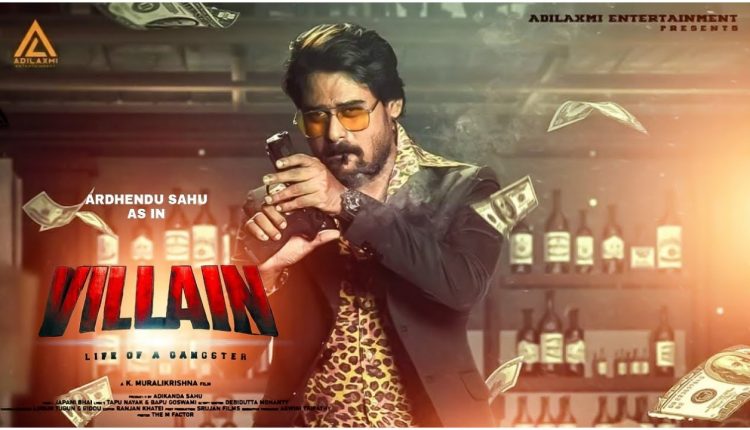 Bhubaneswar: Actor Ardhendu Sahu will be seen in a grey avatar for the first time in the upcoming Odia movie ‘Villain’.

The actor, who earlier entertained cine-goers with films like ‘Tapori’, ‘Blackmail’ and ‘Mu Paradeshi Chadhei’ after making a debut with ‘A Aa Harsei’ in 2015, has also penned the story of ‘Villian’.

“The film is about the circumstances which turned a common man into a gangster. We are planning to begin the shoot from January 5,” said executive producer Aswini Tripathy.

Produced under the banner ‘Adilakshmi Entertainment’, the film is being directed by K Muralikrishna.

“There are 40 male actors and one female actor in the movie. The name of the female is yet to be disclosed,” he added.

Adikanda Sahoo is the producer while Debidutta Mohanty has written the dialogues and screenplay. While Tapu Nayak and Bapu Goswami have penned the lyrics, Japani has composed the music of the movie.

Bollywood singer Udit Narayan and Jyotirmayee have rendered voice to the four songs. Lubun-Tubun and Bidu have been roped as choreographers for the movie.