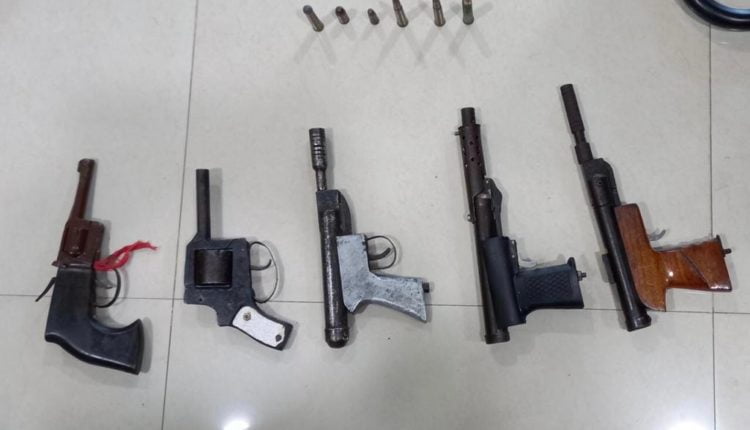 Jagatsinghpur: The Special Task Force (STF) arrested an alleged smuggler of arms and ammunitions in Naugaon area of Jagatsinghpur district on Sunday night.

The accused was identified as Dhananjaya Sahoo.

According to sources, five country-made pistols and six bullets were seized from his possession.

On April 9, STF had seized eight firearms and 20 bullets from Sahoo and two other persons. While the other two were arrested, Sahoo had managed to escape, He had been absconding since then.

As per the preliminary investigation, Sahoo was also involved in Malgodown illegal arms case on December 14, 2020.

Notably, the STF has seized 37 illegal arms and 76 bullets as part of a special drive launched in 2020.

Heavy Rain To Lash Odisha For 3 Days From July 7