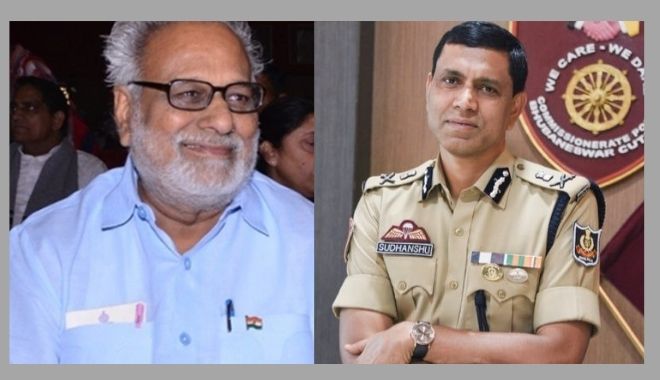 Bhubaneswar: Odisha Governor Prof Ganeshi Lal on Thursday appreciated the efforts of Odisha Police in arresting the prime accused in a heinous crime that took place 22 years back.

The efforts of Bhubaneswar-Cuttack Twin City Commissionerate Police under the leadership of Commissioner of Police Dr Sudhansu Sarangi have brought laurel to the state police, the Governor said apparently referring to Anjana gangrape case.

“There is a need to recognise such outstanding performers in a befitting manner which will inspire others in a great way,” Lal said in a release for Raj Bhavan, here. 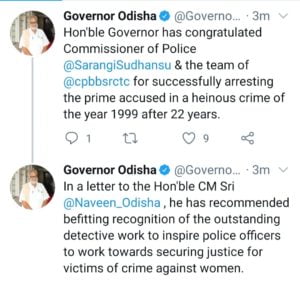 “I convey my sincere appreciation to the police commissioner, in particular and the officers of his team for the spectacular achievement,” the Governor further said.

It may be noted that the Commissionerate Police had arrested Bibekananda Biswal alias Biban, the prime accused in the Anjana Mishra gangrape case from Aambi Valley at Lonavala near Mumbai on February 22.