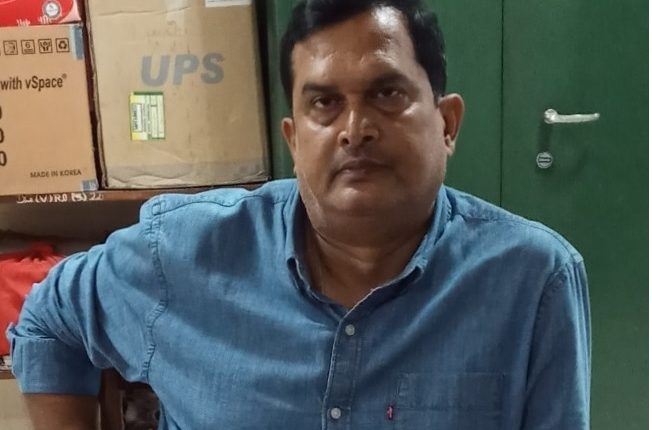 Dhenkanal: A day after being arrested on graft charges, DSP in-charge of Sadar police station in Odisha’s Dhenkanal, Abhinav Dalua, was sent to judicial custody till September 13 by Special Judge, Vigilance, on Wednesday.

He was arrested on Tuesday while accepting a bribe of Rs 30,000 from a coal transporter to facilitate his transportation business.

The vigilance said Dalua had earlier threatened the coal transporter to not allow his vehicles unless he paid a bribe. As per the police officer’s demand, the complainant paid Rs 15,000 as a bribe on August 24. However, Dalua demanded more money following which the complainant approached the Vigilance department.

Accordingly, a trap was laid and the DSP was caught red-handed at Dhenkanal Sadar police station.

A case was registered under Section 7 of the Prevention of Corruption (Amendment) Act, 2018, and simultaneous searches were also conducted at eight locations in Khurda, Dhenkanal, Balasore, Keonjhar and Cuttack districts on the same day to ascertain disproportionate assets.

Sources said Dalua served as the IIC of different police stations in the Dhenkanal district for a long time. Promoted to the rank of DSP recently, he was scheduled to join his place of posting at Rourkela soon.