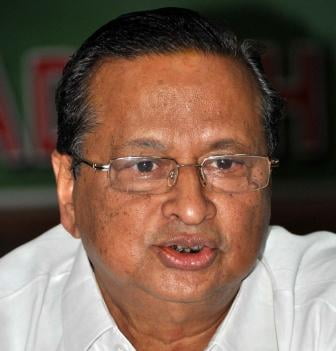 Keonjhar: Some unidentified persons attacked the vehicle of Odisha Pradesh Congress Committee (OPCC) president Niranjan Patnaik while he had gone to Keonjhar on a visit on Sunday evening.

According to sources, while Patnaik was on his way, some miscreants stopped his vehicles at Kashipur under Keonjhar Town police limits. The miscreants, who were in an inebriated condition, assaulted Patnaik’s driver. When the Congress leader’s personal security officer (PSO) tried to rescue the driver, the attackers thrashed him also.

As the assailants were going to attack Patnaik, some locals and Congress workers rushed to the spot. The miscreants fled the spot without causing any harm to the OPCC president, the sources said.

Later, Patnaik’s security personnel lodged an FIR at the Town police station in his presence. On the basis of the complaint, the police have registered a case. Further investigation is on.