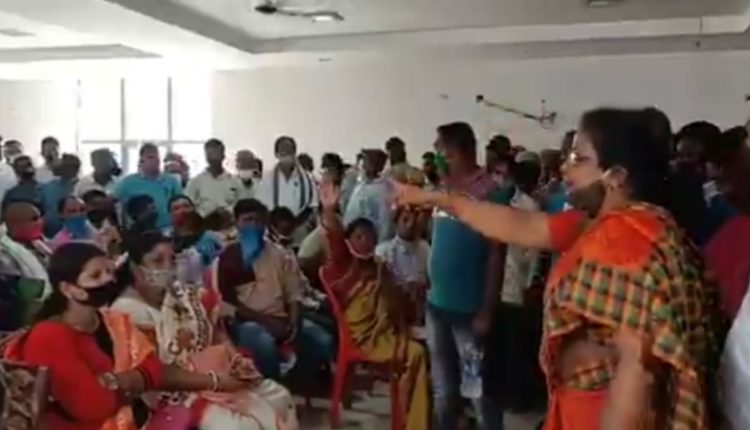 Balasore: Infighting in BJD has come to the fore with supporters of the Balasore party unit president, Rabindra Jena, raising the banner of revolt against the party’s decision to field Swarup Kumar Das for the Balasore Sadar by-election.

Hours after BJD formally announced Das’ candidature on Monday, thousands of Jena’s supporters staged an agitation outside his office near OT Road.

The protesters also started a signature campaign to demand that the party leadership rethink its decision to give the ticket to a new face. They instead wanted the party to field Jena or his wife and if not, at least a deserving candidate who can lead.

Meanwhile, the former minister has asked his supporters to be patient. “There is nothing to be unhappy or happy. We cannot question the decision of the CM and BJD supremo. I think whatever decision has been taken is well-thought,” he was quoted as saying by a local channel.

After being selected as the BJD Balasore Sadar candidate, Swarup Das had said that he was not in ticket race. “It is the party’s decision and must have been taken through lots of deliberation with senior leaders and local opinion. There is no intra-party feud in Balasore,” he had asserted.

According to political analysts, BJD went for Das as the party was not keen to put up a defeated candidate again. A fresh face with no controversial baggage, the brother of ex-municipality chairman can also help BJD get urban votes.

China To Test City Of 9M For COVID-19 In 5 Days; One-Third Done In Two Days