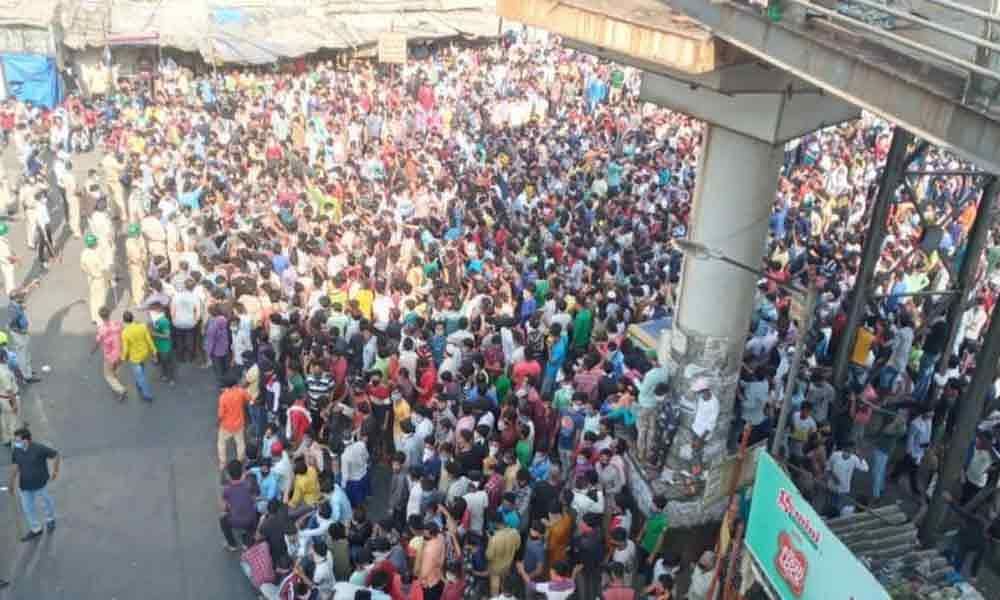 Mumbai: Police here on Wednesday lodged an FIR against a reporter and an activist for allegedly spreading rumours about resumption of train services in the city, leading to chaos at the Bandra railway station the previous day.

While activist Vinay Dubey has been booked for instigating the workers through his social media posts like ‘Chalo Ghar Ki Ore, the reporter, Rahul Kulkarni of Osmanabad district of Maharashtra, is accused of spreading false new about Jan Sadharan special train being resumed for people stuck due to lockdown.

Before getting detained, Kulkarni had posted Railway Ministry’s internal note on the decision to run the Jan Sadharan train for the stranded passengers, which was not made public by the authorities following extension of the lockdown period, a senior railway officer was quoted by NDTV as saying. 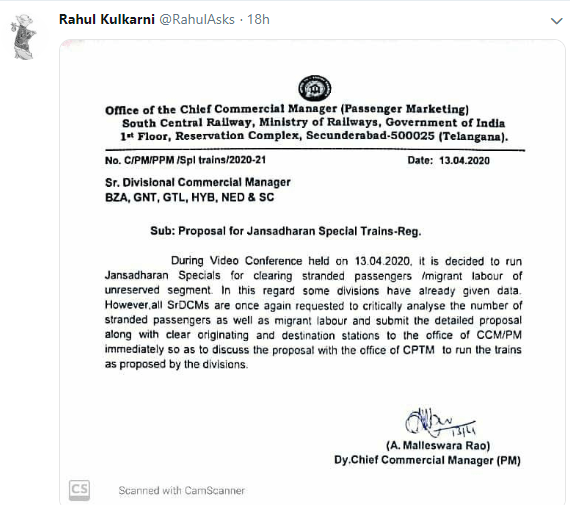 Both Kulkarni and Dubey have been booked under Section 188 (disobedience to order duly promulgated by public servant), Sections 269, 270 (negligent, malignant act likely to spread infection of disease dangerous to life), and Section 117 (abetting commission of offence by public) of the Indian Penal Code (IPC).

On Tuesday (April 14), Bandra railway station saw a gathering of more than 1000 migrant workers eager to move back to their respective towns.

Lower Courts In Odisha To Function For One Hour During COVID-19 Lockdown: HC

ECoR Emerges Most Profitable Zone Of Indian Railways in…

Centre Tells States To Take Action Against Those Spreading…