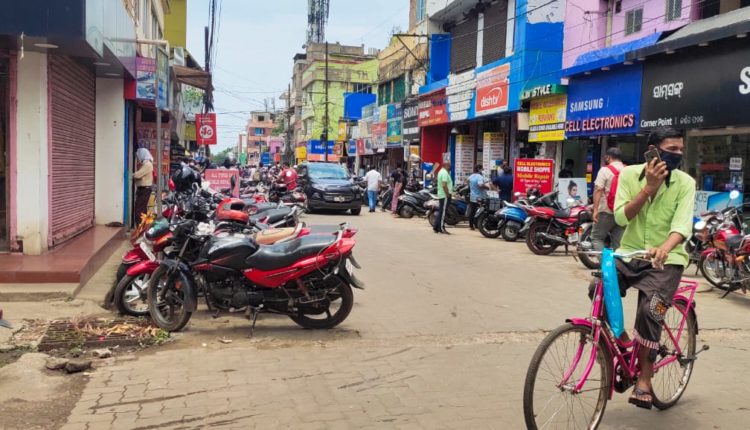 Bhubaneswar: In a first for Odisha capital, Bapuji Nagar, which stretches from Raj Mahal Square to Sishu Bhawan Square in the city, will be declared a garbage-free area in December, the Bhubaneswar Municipal Corporation (BMC) informed.

According to sources, two kinds of waste- household and business- are generated in Bapuji Nagar, which is often called the dirtiest market along the smart Janpath. A zero-waste mission has been initiated in the area and it is likely to be over in a week.

The market has recently been earmarked with lanes to help people locate shops as per their needs. “The representatives of the market’s association have been made aware of the modalities of the mission. Our aim is to stop the mishandling of waste by shopkeepers,” TOI reported Kulange as saying.

All shop owners will have to deposit segregated garbage to the door-to-door waste collectors at the stipulated time in the morning and evening.

The market is home to more than 2,000 shops selling home appliances and electronic gadgets and is usually congested with garbage littered everywhere.

Polythene bags, food packets, and used plastic containers are usually dumped along the conservancy lanes from the nearby residential complexes and eateries in the area. The market area generated about 2.5 tonnes of dry waste and one tonne of wet waste on average daily.

BMC will initiate the cleaning of lanes since they are supposed to function as passageways for fire brigades and cesspool vehicles.

Meanwhile, the president of the Bapuji Nagar Chamber of Commerce, Mir Mohammed Kalim, has also extended full support and cooperation for the mission.

Notably, the residents of Bapuji Nagar demanded that the conservancy lanes be used for parking vehicles in 2017. Later in May of the same year, BMC launched a drive to clear encroachments from conservancy lanes.