‘Battles Of Our Own’, English Translation Of Jagadish Mohanty’s Classic Odia Novel, Launched 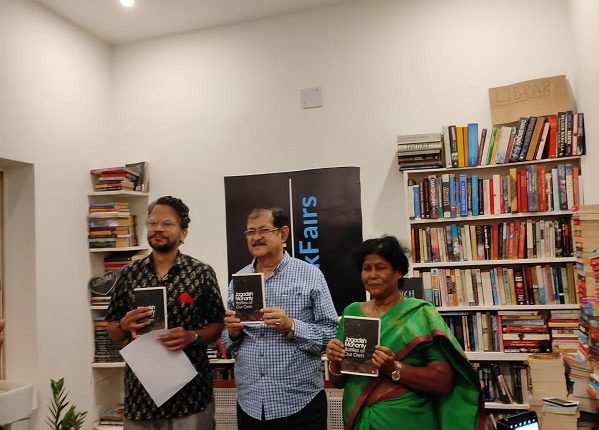 Bhubaneswar: ‘Battles of Our Own’, the English translation of late Jagadish Mohanty’s classic Odia novel ‘Nija Nija Panipatha’ about the industrial hinterland of Western Odisha, was launched at Walking Bookfairs here on Saturday. The book has been published by Penguin Random House.

Translators, writers and book lovers joined a young enthusiastic crowd at Walking Bookfairs to hear the book’s translator, Himansu Mohapatra, in conversation with acclaimed novelist Chandrahas Choudhury. It was punctuated with readings of passages both from the Odia novel and its English version, translated collaboratively by Prof Paul St-Pierre and Mohapatra.

The book launch was followed by the wife of the late writer, Sarojini Sahoo, herself an acclaimed writer in Odia and English, reminiscing about her author-husband. She narrated how Jagadish earned the sobriquet of “bohemian” in Odia literature as much for his unconventional lifestyle as for his desire to expose Odia literature to the avant garde currents of world literature.

Answering Choudhury’s question about the stylistic and thematic uniqueness of the novel, Mohapatra said that it was an ‘industrial novel’ with a difference, featuring a Gandhian working-class hero who becomes a martyr for the cause of justice and probity in social life. He also said that the novel displayed the finest existentialist and psychological vein of Jagadish’s trendsetting short fiction of the 1970s and 80s, thus helping it to capture the experience of alienation and angst of a soot-blackened industrial landscape.

The publication of ‘Battles of Our Own’ as a Penguin Modern Classic will enable a pan-Indian readership to appreciate and savour a powerful Odia novel with a contemporary resonance and relevance, he said. 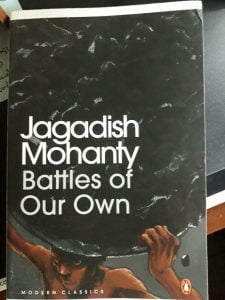